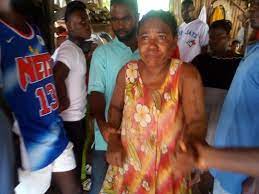 The accused in the controversial fake kidnapping and pregnancy case, Josephine Panyin Mensah has been fined GH¢7,200.00.

She was fined by a Takoradi Circuit Court presided over His Worship Michael Kwadwo on Thursday, November 17, 2022.

The fine is on the grounds of publication of false news.

The Court however acquitted her of the second charge of deceiving a public officer.

In September last year, Josephine Panyin Mensah was in the media for an alleged kidnapping story, which worried her family and the country.

When she was found in Axim, several miles away from Takoradi, she was mute, unkempt, and without any sign of the said pregnancy.

Claims that she delivered on the same day she was allegedly kidnapped and the baby taken away by her supposed kidnappers were scrutinized after the Western Regional Minister, Kwabena Okyere Darko-Mensah said the pregnancy was fake.

Further Police investigations affirmed the Minister’s report on the matter that there was no pregnancy and that the kidnapping incident was staged.

Subsequently, the Medical Superintendent at the Axim Government Hospital confirmed that the accused was a healthy non-pregnant pre-menopausal woman when she was admitted. Sustainably fashionable in Ghana – AI Sees The World
22 mins ago