Why asaana drinkers may live long, with good mental health and eyesight 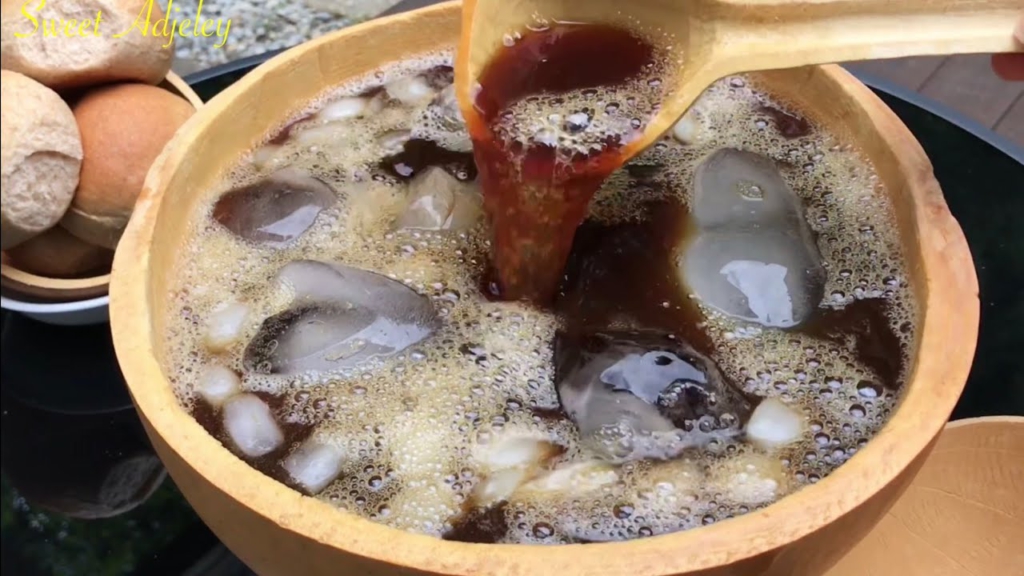 Asaana is a non-alcoholic, caramelized corn drink made from fermented corn and sugar. It is referred to as elewonyo in other parts of Ghana and known in many countries as a corn beer drink. But do you know that fermented corn in Asaana could make you live longer?

A case study has been found by Kwon et al.( 2007)  where the researchers believe there is a need to eat our traditional foods because of a better balance of calories and beneficial nutrients. They note that staple crops like corn and legumes have antidiabetic, antioxidant, and anti-hypertension potential.

Three studies( Kean et al. 2008; Hu et al. 2011; Maiani et al. 2009) found that Lutein and zeaxanthin are the major carotenoids in corn,  which are linked up to about 70% of the total carotenoid content. Though, their levels are low in white corn. The colored corn is ideal for those with eye problems and looking for eye-health foods.

Three observational studies ( Vu et al. 2006;  Seddon et al. 1994; Cho et al. 2008)found that high dietary intake of lutein and zeaxanthin may be protective, but not all studies agreed with this proposition.

However, one old study by Seddon et al. (1994) in 356 middle-aged and older adults found a 43% reduction in the risk of macular degeneration in those with the highest intake of carotenoids, especially lutein and zeaxanthin, compared to those with the lowest intake.  This means eating corn-related diets should be taken seriously. Additionally, for those with eye issues, your diet is corn related.

Diabetes, one study by Tay et al (2015) found that low-carb diets are more effective at managing diabetes.  The study used 115 adults with obesity and type 2 diabetes and found that eating a diet with only 14% of calories coming from carbs resulted in more stable blood sugars and a reduced medication need compared to getting 53% of the daily calories from carbs.

Probiotic strains Lactobacillus helveticus and Bifidobacterium longum help to reduce signs of anxiety and depression. Both probiotics are found in fermented foods. Hence, drinking Asaana could give you the needed probiotic you looking for.

Hence, drinking Asaana,therefore helps you to meet your probiotic needs and is the term “for life.” Probiotics are microorganisms proven to exert health-promoting influences in humans and animals. The reason why fermented Asaana is beneficial is because of the natural probiotics they contain.

One study by Parvez et al.(2006) found that probiotics help in  “(i) improving intestinal tract health; (ii) enhancing the immune system, synthesizing and enhancing the bioavailability of nutrients; (iii) reducing symptoms of lactose intolerance, decreasing the prevalence of allergy in susceptible individuals; and (iv) reducing the risk of certain cancers.”

Three other studies (Ritchie and  Romanuk, 2012; King et al. 2014;  Sonestedt et al. 2011) found that Probiotics have been shown to improve immune function as well as digestive and heart health.  Also, a recent study by Obafemi et al.(2022) affirmed that in several African countries, traditional fermentation processes provide a means of food preservation, improving the shelf life and adding to the nutrients in the food products.

Another bonus is that drinking Asaana enhances digestion. One study by Ritchie and  Romanuk, (2012) found that during fermentation, the probiotics produced may aid in restoring the balance of friendly bacteria in the gut and deal with some digestive problems.

Finally, drinking Asaana enhances immunity. Studies have established that the bacteria that live in our gut play an integral role in our immune system. For instance, three studies( Ozen et al. 2015; Wang et al. 2016; Hao et al. 2011) found that due to the abundance of probiotics in fermented drinks such as Asaana, can enhance our immune system and decrease our risk of infections like the common cold.  It has also been confirmed that consuming probiotic drinks helps one to recover faster from illnesses( King et al. 2014; E Guillemard et al. 2010; Vrese et al. 2006).

Studies have demonstrated the many benefits of fermented drinks such as Asaana. For those who have been on an antibiotic, you can drink Asaana to bring back the good bacteria in your system destroyed by the antibiotic.  Finally, due to the fermented corn, Asaana is a good corn beer to drink.

Prof. Nyarkotey has strict sourcing guidelines and relies on peer-reviewed studies, academic research institutions, and medical associations to justify his write-ups. My articles are for educational purposes and do not serve as Medical advice for Treatment. I aim to educate the public about evidence-based scientific Naturopathic Therapies.