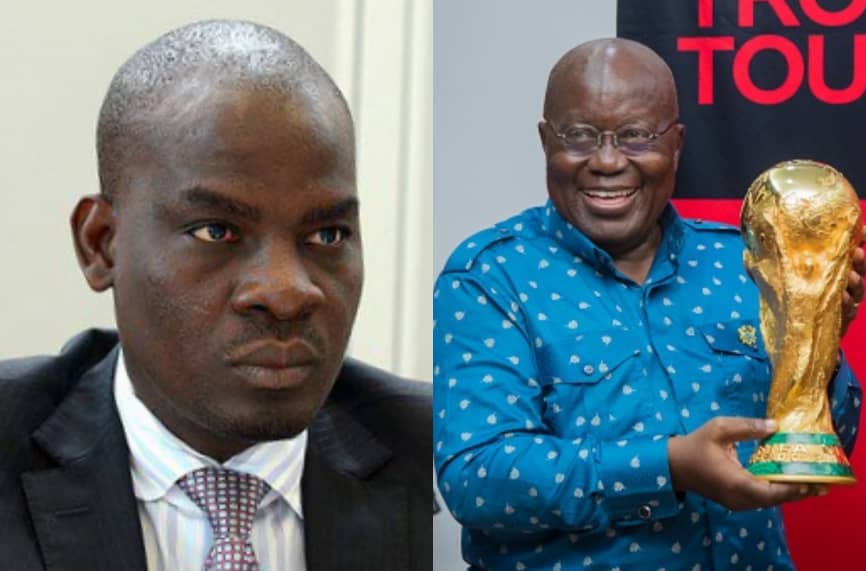 The Minority in Parliament say they are shocked by the President’s World Cup trip to Qatar despite the country’s economic difficulties.

Addressing the press on Monday, the Minority Leader, Haruna Iddrisu indicated that the move by the President was not prudent.

According to the NDC lawmaker, the decision by some other government appointees to travel to Qatar while discussions on the 2023 Budget was ongoing was also not ideal.

“We’re particularly stunned that the President himself joined even as he’s managing a major economic crisis. As if a better performance of the Black Stars contributed to addressing this economic mess”, he remarked.

In a related development, a ranking member on the Finance Committee of Parliament, Dr Cassiel Ato Forson, had earlier critcised government officials who went to Qatar to watch the ongoing FIFA World Cup tournament.

The football competition began ten days ago, and so far it has seen many interesting spectacles, including some high profile national officials gracing the stadiums to support their countries.

But in the case of Ghana, Dr Forson said it is not prudent for Ghanaian MPs and Ministers to be having fun in Qatar amidst the present economic crisis.

According to him, the act does not augur well for the country, especially when the inputs of such persons are needed in the discussion of the 2023 budget.

In a tweet last Wednesday, he added a photo of the MP for Ablekuma West, Ursula Owusu-Ekuful, who was in a pose at a stadium in Qatar, together with ex-footballer Patrick Kluivert.

Dr. Forson tweeted, “At a time of serious economic crisis, Cabinet Ministers and MPs should not abandon the important business of budget consideration to go and watch football in Qatar!”.

“The optics are bad! We need to show we are serious about resolving the crisis!”, he added.

Amongst the highlights of the budget were the revision of the E-levy from the current 1.5% to 1%, plus an increment of the VAT rate from 12.5% to 15%.

These developments subsequently triggered some resentments from the Minority who are calling on government to revise its notes.

It is in the light of these concerns that the Minority has expressed disappointment with the President’s trip as well as that of other appointees.

Meanwhile the Minority in Parliament says it will not accept government’s proposed debt restructuring programme as announced.

According to the Caucus, the policy is unacceptable and cannot be allowed to proceed.

The Minority Leader, Haruna Iddrisu, said this at a press conference on Monday, December 5.

He said his side will use every legitimate means to oppose the move.