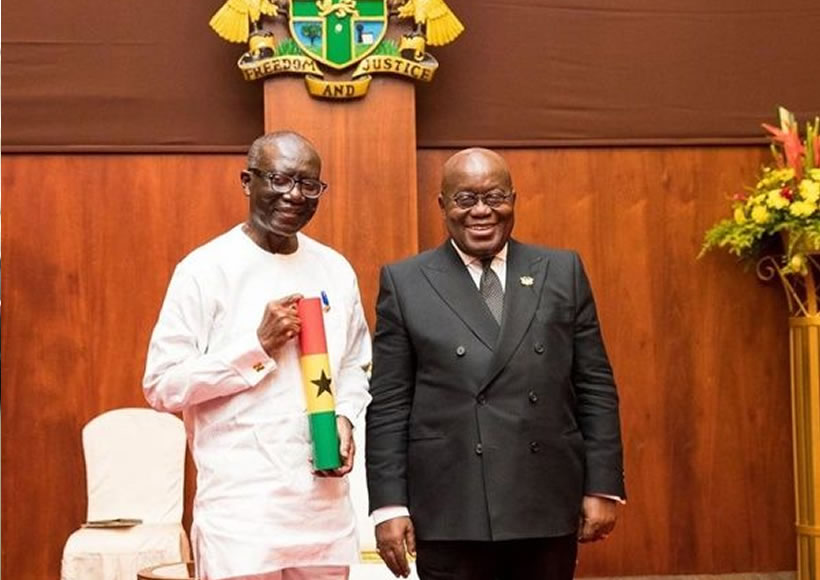 Former United Nations Senior Governance Advisor, Professor Baffour Agyeman-Duah, says he is hoping that in the coming days or weeks the Finance Minister would quietly resign from his position or the President would terminate his appointment.

According to him, their refusal to do so could possibly lead the country into a constitutional crisis which could further exacerbate the economic crisis the country is going through.

Finance Minister, Ken Ofori-Atta, is currently facing a vote of censure motion filed against him by the Minority side in Parliament over accusations of corruption and gross incompetence.

The Speaker of Parliament has constituted an eight member committee to probe the accusations leveled against the Minister and provide a detailed report within seven days.

Speaking on JoyNews’ PM Express, Prof. Agyeman-Duah noted that should the ongoing stalemate happening in Ghana’s Parliament over the vote of censure continue, it may negatively affect the country’s financial relations with the outside world.

“Well my hope is that we will not get there. What I expect to happen in the coming days or weeks is perhaps the Finance Minister taking himself out of this dilemma, or the President just announcing that he’s displacing the Finance Minister because it will just be tragic for these two individuals to lead the country into such a constitutional jam. We don’t want that.

“We all know the difficulties we face, and in fact what we’re not even thinking about is the very negative impact of this crisis, or this stalemate I should say on our international partners and our financial relations with the outside world. Somewhere else our market would have plummeted further.

“So in fact we are doing ourselves a lot of ill if in fact the President and the Finance Minister continue to be intransigent on this matter and not to appropriately respond to the ground swell of public demand for the displacement of the Finance Minister,” he said.

Prof. Agyeman-Duah who has described the formation of the eight member committee as a face-saving measure by the Speaker, Alban Bagbin, to pacify both factions of the House, says the entire hearing process is unnecessary.

According to him, no matter the path taken, it will still end with the Finance Minister getting censured.

“I think we’ve come to a point where this matter should be resolved. It’s not necessary to go through this whole process. And I do agree with Amoako Baah and the others that look, this matter should have been settled right on the floor of Parliament. All this process of committee and… I don’t think it’s necessary. We are prolonging something that is inevitable,” he said. Labour unions kick against any ‘haircut’ on pension funds of workers