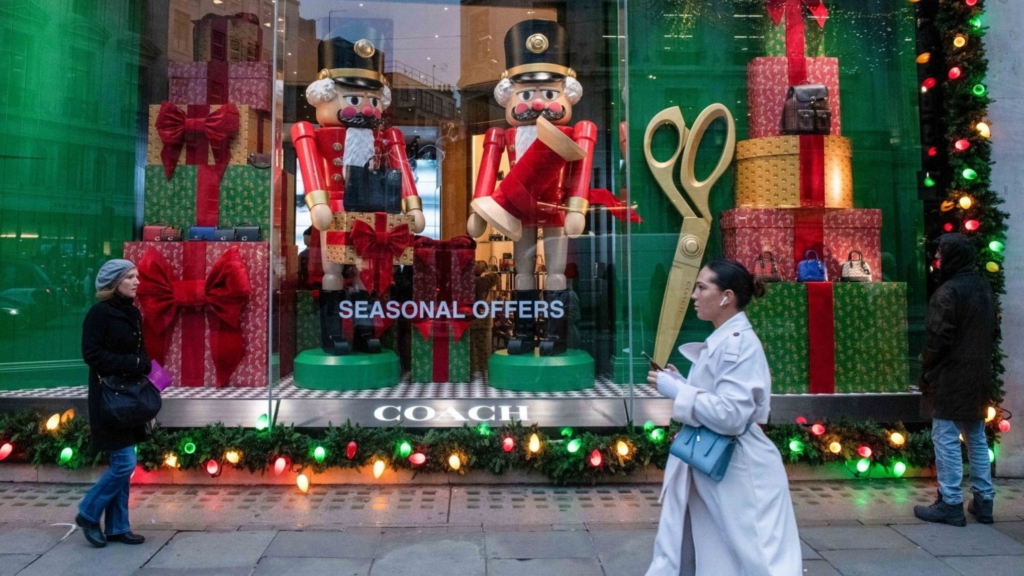 UK consumers are tightening their belts in the run-up to the festive period, according to new data that showed retail sales growth lagging far behind inflation in November and pointed to the impact of the cost of living crisis.

The value of retail sales rose 4.2 per cent year on year in November, according to a report published on Tuesday by the British Retail Consortium, a trade body, in association with professional services group KPMG.

As Black Friday offers launched this winter’s shopping season, November’s figure was an improvement on the 1.6 per cent annual growth rate recorded in the previous month.

However, the figures are not adjusted for consumer price inflation, which hit a 41-year high of 11.1 per cent in October, so the annual rise in the value of sales conceals a much larger drop in sales volumes, once CPI is accounted for.

Paul Martin, UK head of retail at KPMG, said retailers were hoping that the “Christmas feelgood factor” would trump low consumer confidence during the festive season, adding: “The next few weeks could be critical to their [business’s] survival.”

But BRC chief executive Helen Dickinson warned that “the cost of living crisis means many families might dial back their festive plans”.

Separate data published on Tuesday by payments company Barclaycard showed consumer spending rose 3.9 per cent year on year in November, up from the 3.5 per cent annual growth recorded in October.

Barclaycard, which gathers figures from almost half of the UK’s credit and debit card transactions, attributed most of the rise to the high cost of essentials.

The annual rate of spending on necessities, such as groceries, fuel and healthcare, increased by 7.1 per cent in November, beating the previous month’s figure of 5.7 per cent.

The boost in grocery spending, largely driven by food price inflation, has surged further as many UK shoppers report stocking up on Christmas items earlier this year in order to help spread the cost, said Barclaycard.

An additional measure in Barclaycard’s monthly data showed spending on utilities rose by just over 40 per cent in November, exceeding October’s 36 per cent increase, as the colder weather prompted more households to switch on their heating for the first time. Barclaycard director Esme Harwood said, “Cutbacks are affecting non-essential spending on clothing, department stores and restaurants.”

Barclaycard’s consumer confidence survey for November showed that half of respondents planned to reduce spending this Christmas, either by buying fewer gifts or scaling back on social activities.

As inflation strains the discretionary budgets of many households “many Brits intend to reduce festive spending on presents and parties in an effort to save money”, added Harwood.

Previous NDC ‘Broke’ After 8 Years In Power, Begs for ‘Lalasulala’ to Fund Congress
Next What AG told Ofori-Atta on imposing Debt Exchange Programme on bondholders