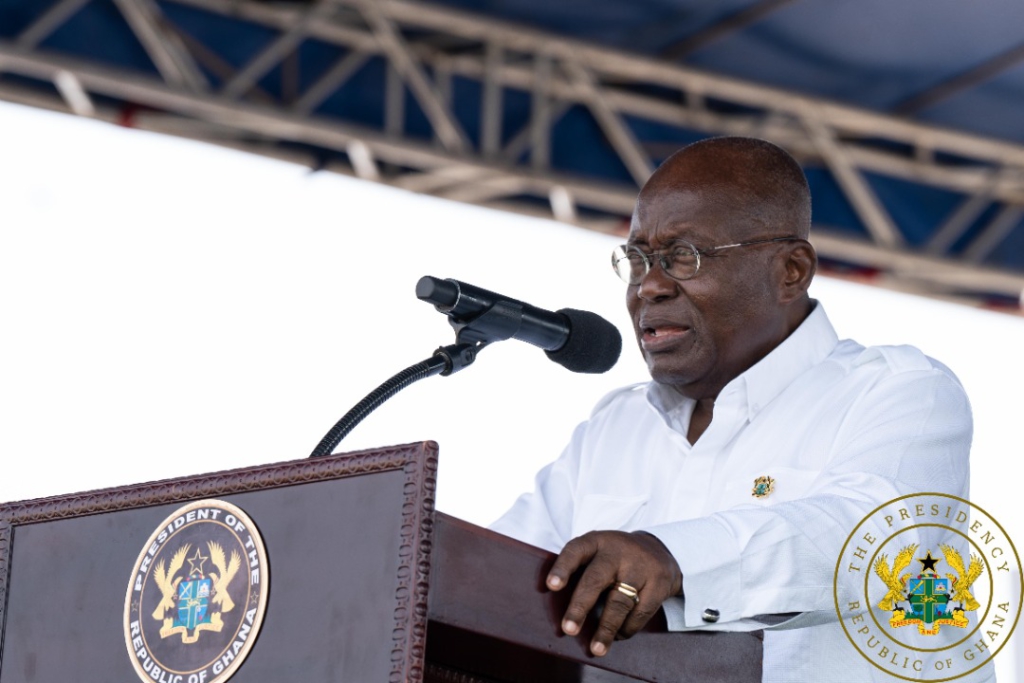 President Akufo-Addo says he will not relent in his decision to complete the building of the National Cathedral to honour his promise to God.

His comments come in the wake of calls for him to put on hold the building of the controversial project prior to the current economic conditions of the country.

According to the President, those who do not share his views to complete the project are like Sanballat and Tobias in the days of Nehemiah.

“Just like Sanballat and Tobias, in the days of Nehemiah, there are some who do not share my views on the building of the National Cathedral, I respect their right to differ but I am confident my decision by the vast numbers of enthusiastic supporters of this project whose spiritual dimension is limitless”.

The President made this known on Sunday, December 18, 2022, when he delivered an address at the centenary celebration of the Ga Presbytery of the Presbyterian Church of Ghana, held at the Black Star Square, Accra.

During his speech, President Akufo-Addo said the National Cathedral will signify an appreciation to God who he believes has spared the country from conflicts and plagues over the years.

The president further stated that the project whose 2023 budgetary allocation approval has been suspended, “will serve not only as the country’s collective thanksgiving to the Almighty for the blessings He has bestowed on our nation, sparing us the ravages of civil war that have bedevilled the histories of virtually all our neighbours and the outbreak of deadly mass epidemics.

“But also as a rallying point for the entire Christian community of Ghana, which represents 70-plus per cent of the population.”

President Akufo-Addo, however, courted the support of Ghanaians to make the country a better place for all.

“I need the support of every Ghanaian, together with the prayers of the church, to help me and my government carry out our mandate successfully,” he added on Sunday.

Meanwhile, the President of the Bono Regional House of Chiefs and Chief of Dormaa, Osagyefo Oseadeyo Agyemang Badu II, has joined calls asking President Akufo-Addo to put on hold the construction of the National Cathedral.

Osagyefo Oseadeyo Agyemang Badu II said Ghanaians want the President, Nana Akufo-Addo to shelve the idea of honouring his promise to God with a National Cathedral.

The Dormaahene said though the promise to God is good, the worsening economic situation of the people makes the timing inappropriate, especially when state resources are the major source of funding.

“You sought to God to build a National Cathedral in His honour if you won the elections, that is very good thing to do, however, given the economic difficulties that Ghanaians are facing around this time, the people have asked me to tell you to put the project on hold.

“It’s your initiative, no one can take that away from you, but don’t use the national coffers to build the Cathedral, tell him to focus on economic recovery, so that in good times, even if he is not able to complete it, any of his brothers could do so. That is what Ghanaians want me to tell you, the Dormaahene said.”