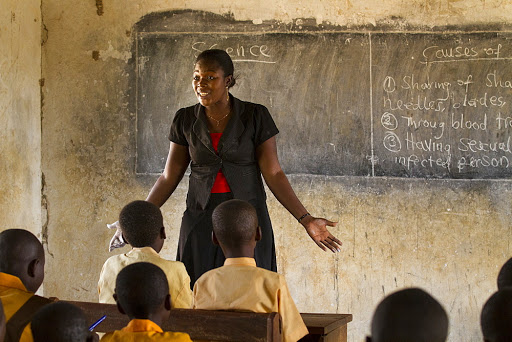 Three striking Teacher Unions have resolved to continue their industrial action after an inconclusive meeting with the Ministry of Employment and Labour Relations.

The industrial action comes after the expiration of an ultimatum the Unions gave government to rescind its decision on the appointment of Dr Eric Nkansah, the new Director-General of the Ghana Education Service.

Following the ultimatum, the Ministry of Employment and Labour Relations called the Unions to a meeting on notice of the strike on Friday, November 04, 2022.

The meeting was inconclusive and was thus rescheduled to Monday, November 07, 2022.

The Reverend Isaac Owusu, President of the Ghana National Association of Teachers, said they were hoping to have a favourable response on Monday, November 07, 2022.

He said they would report to their members on the meeting outcome  as they await the next meeting on Monday.

Rev. Owusu stressed that they were hopeful that their concerns would be considered.

Mr Bright Wireko-Brobbey, Deputy Minister of Employment and Labour Relations, said the Ministry was hopeful that the matter would be settled amicably.

He urged the Unions to call off the strike as they engage.

“KumePreko Demo”: We Won’t tolerate any act of violence - Organisers There is no perfect vagina; don’t force it to smell good – Health Influencer cautions ladies