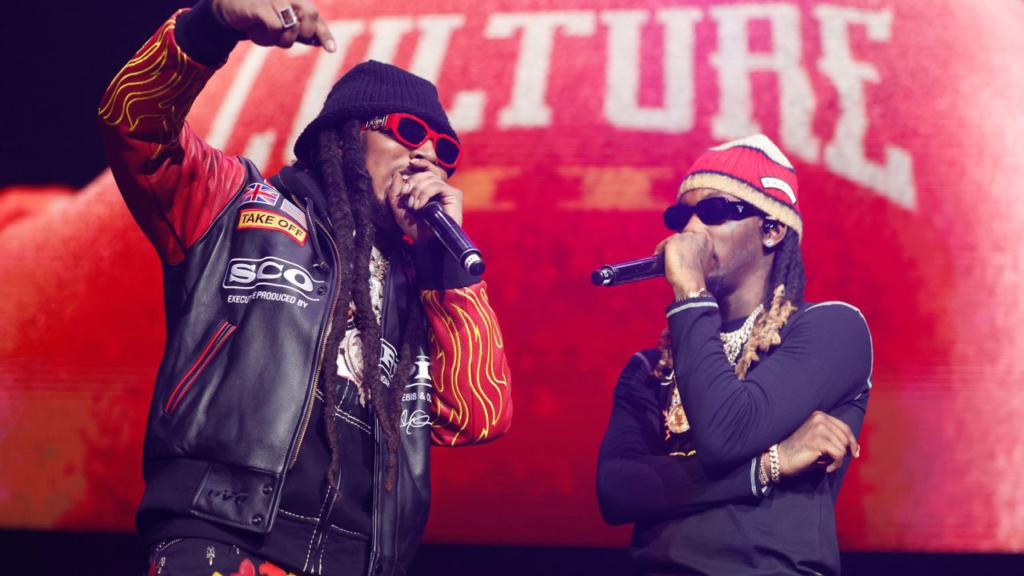 New details regarding the death of Takeoff have been revealed as the artist continues to be mourned.

Takeoff, who came to fame as one-third of the platinum-selling rap group Migos, was shot and killed early Tuesday at a private party in Houston, Texas.

The Harris County Medical Examiner’s Office listed the manner of death as homicide with “penetrating gunshot wounds of head and torso into the arm” stated as the cause of his death.

A 23-year-old man and a 24-year-old woman were also injured. Sgt. Michael Arrington of the homicide division told reporters Tuesday that they both were doing ok.

The shooting death of Takeoff, who was known as the quiet, low-key member of his group, which included his uncle Quavo, is the latest high-profile death of a hip-hop artist.

His former group mate and longtime friend Offset has not spoken publicly about Takeoff’s death, but on Wednesday he changed the avatar on his verified Instagram account to a photo of Takeoff with a white heart.

A number of celebrities have paid tribute to the slain artist, including, Drake, Gucci Mane, Machine Gun Kelly and Beyoncé, who changed the landing page of her site to a photo of him.

During a conversation on the “Drink Champs” podcast that recently streamed, he and Quavo talked to hosts N.O.R.E. and DJ EFN about their new album, “Only Built for Infinity Links.”

Talk turned security and the murders of fellow artists Pop Smoke and PnB Rock. Takeoff said, “You’ve got to be careful with social media now.”

“You gotta watch what you post because even though you’re just trying to show off and show your fans stuff, it’s people that follow you and watch you that [have] bad intentions and don’t want the best for you. They’re looking at your page and see you every day,” he said. “That’s why I don’t even really post like that, or if I do, I post after I left the spot. I post tomorrow or the next day and you think I’m at a location. But nah, I’m at the crib.”

Authorities are asking for the witnesses to come forward and provide information in hopes of arresting the person or people responsible.