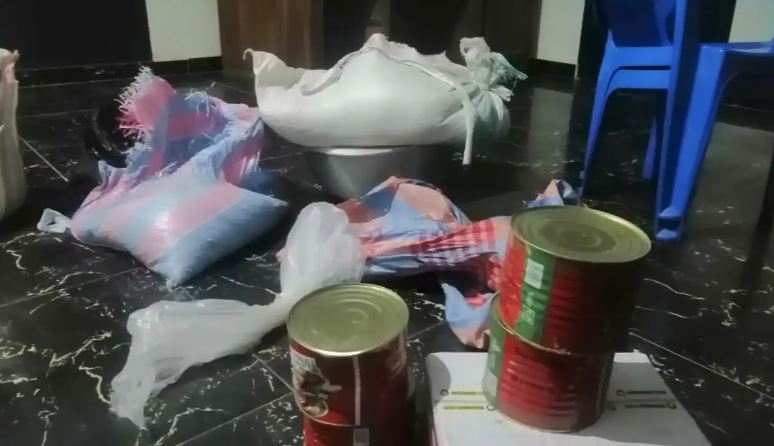 The storekeeper of CYO Vocational Technical School at Sovie, Elias Tsitsiwu and his accomplice are in the cells of the Anfoega Police Command for allegedly stealing food items belonging to the school.

The accomplice, Christian Mane, who was driving the storekeeper’s Opel Caravan car with registration number GR 6243 T, is assisting the Police in investigations.

According to Father Jerry Ankutsitsia, headmaster of the School, Tsitsiwu and Mane were chased by students and some town folks after the car was loaded with assorted food items, including bags of maize, rice, gari and beans, four pieces of big size tin tomatoes and two boxes of sardine.

Speaking to the Ghana News Agency, he said the school run into some shortage of food items and was lucky to get some consignment from the Buffer Stock under the Free SHS programme from the Mawuli School campus in Ho, which was delivered to the store.

He said through the vigilance of the students, it was discovered that part of the food consignment was being loaded into a car at about 2000 hours on Wednesday, November 16, and report made to the headmaster, who commandeered the cadet corps of the school to take charge.

He said Mane was chased and followed by some motor riders who got alarmed by noise coming from two males believed to be students of CYO school.

The headmaster said with support from the town folks the cabby with the consignment was driven to the Police station, where the culprits were later arrested and detained.

Superintendent of Police, Hilarious Avornyo, Anfoega Police Commander, who confirmed the incident to the GNA, said the culprits were currently assisting the Police in investigations and would be arraigned soon.

Meanwhile, Mr Edmund K. Attah, the North Dayi District Chief Executive (DCE), said Tsitsiwu would face the full rigour of the law to serve as deterrent to others.

He urged the Ghana Education Service at the District and Regional levels to activate their sanctions regime against the errant member, whose driver had confessed about carting foodstuffs multiple times.

Mr Attah pledged to settle the bills of students who sustained injuries during the encounter, and were admitted at the Anfoega Roman Catholic Hospital. Persons displaced by tidal waves flooding to get new homes No levies implemented on luxury vehicles by DVLA
15 mins ago