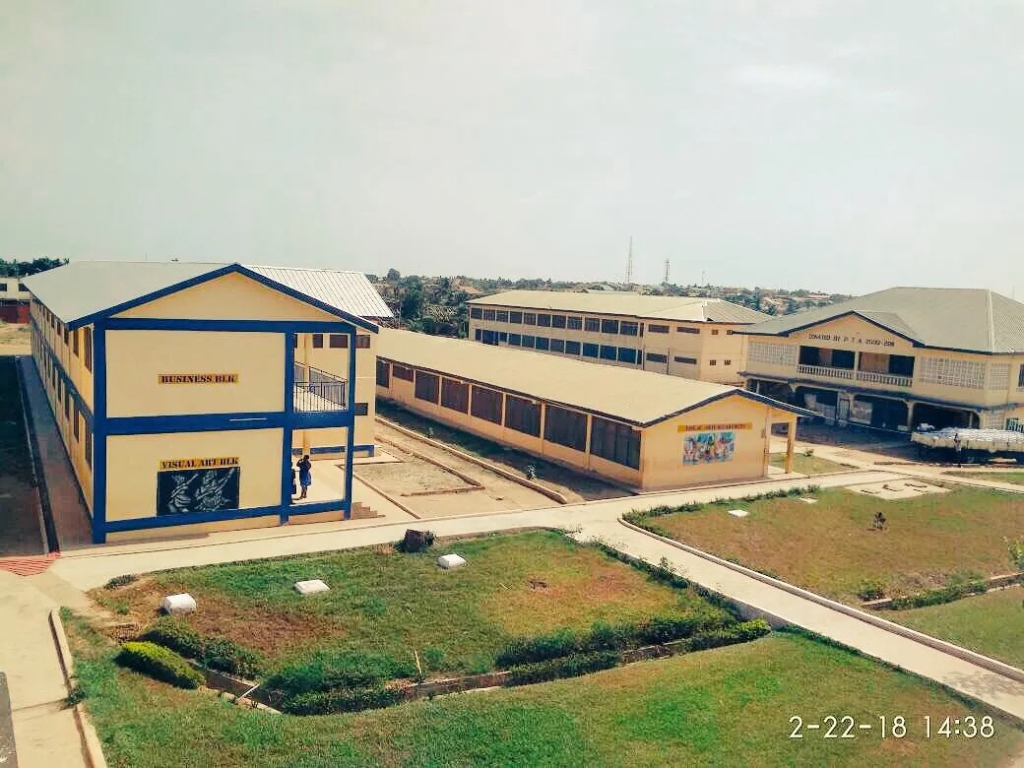 Some educational stakeholders are worried that Ghana’s human resources development would further dwindle, if the construction of a market square around the St John’s Grammar School in Accra is allowed to take place.

The concern follows agitations among some alumni of the school and other members of the public who allege that the Ga North Municipal Assembly has planned to establish a market behind the green belt stretching from the school’s new dining hall to behind the girls dormitory to the Mile 7 side.

An alumnus of the St John’s Grammar School, Bishop Thompson, argued that the presence of the market will hamper effective teaching and learning in the school contrary to the aim of developing the human resource of the country.

Citing the situation of the Kimbu Senior High School which is situated around the Accra central market area, and the poor performances of the students over the years, he explained that the market will breed noise around the school environment and that would have adverse effect on both teachers and students.

Buttressing his point on why the establishment of the market be terminated, he quizzed “do stakeholders know the value of serenity and its influence on mental sanity and its effectiveness?”

Beyond the noise pollution which is deemed to affect the school and the development of the nation’s human resources in the end, Bishop Thompson also highlighted other consequences the assembly’s action is likely to produce.

These are included his reaction below:

It has been rumoured severally that the Ga North Municipal Assembly wants to establish a market behind the green belt stretching from the new dining hall to behind the girls dormitory to the Mile 7 side.

The news grew louder today. Teachers were so alarmed and called on Old Students to arise.

Politicians, especially those in power, will like to do anything in the name of project in the penultimate year to shore up their chances of retaining power.

1. Limitation of school land and hampering of future projects. Over 98% of teachers of the beloved school live outside campus and this greatly affects academic work in terms of supervision, teacher assistance, students’ nurturing, class attendance, etc. Students’ dormitories are needed since more than 70% of students are day students. This, undoubtedly, has hugely affected the rise of the school and its glory over the years.

The necessity of bungalows or staff flats, student dormitories, bigger library, assembly hall, laboratories, utility blocks, staff common room, multipurpose administrative block, etc. all call for the urgent turning down of any one needing even a spot of soil from the school’s land.

2. The market will breed noise around the school. Remember the Kimbu SHS story and performance of students’ there over the years.

3. A market in a school breeds criminality: drug addicts patronize markets. Those engaged in heavy labour in markets need drugs as stimulants. Students are vulnerable and some may patronize such drugs.

4. Foul scent and refuse dump: we’ve always had a problem disposing our refuse in this country. Refuse produced by the market may not be collected. Others will “fly” unto campus. Some people will intentionally throw refuse unto the campus. Pollution of the holy environment of the school will create dangerous medical conditions for our students.

5. Flooding: our school is in a low lying area. It has been flooded a couple of times with serious attendant issues. Refuse choking drains of the school will increase the flooding rate of the school.

1. Why won’t the Ga North Municipal Assembly develop the Asofa Market which is an apology of a market?

2. Why will an MCE or whoever turn the campus of the only SHS in the Municipality into a market? Do they value education at all?

3. Are stake holders aware that educational institutions are growing organisms? Who could tell that University of Ghana or Ordogonnor SHS could spread so wildly?

4. Do stakeholders know the value of serenity and its influence on mental sanity and its effectiveness?

5. Has the school become a hopeless orphan with no one to fight for it?

6. Have leaders or some members of board of governors been financially compromised for their ephemeral benefits without any consciousness of the eternal consequences of such a facility on the school?

7. Hasn’t the school gotten any strategic plan for its future development? What is the infrastructure vision of the school for her future? Are they aware that where there is no vision the people perish?

8. Are authorities and our leaders aware that the waterlog nature of the school would be greatly affected with location of a functioning market on it?

9. Who are the Joseph siblings who have sold our school out for pieces of silver?

10. Who is being compelled to bow to the pressure of the powers that be?

1. Emergency national meeting must be held to address the issue.

2. JOSA Reps on Board of Governors of the school must speak now.

3. JOSA protest with media publicity must be held.

4. Let the greats of JOSA hold a press conference to counter the desire for such a necessary or misplaced project.

Let’s remember, a stitch in time saves nine. May we not be living and be toothless to see our school destroyed. Let’s do what posterity will appreciate not condemn. Anas Exposé: Bawumia needs no financial ‘pimping’ from anyone Ministry of Sports, Ghana Mission in Qatar mobilise over 1000 fans to cheer on Black Stars
22 mins ago

One arrested, others on the run after allegedly murdering police officer
23 mins ago

KNET launches IoT service based on AYECKA technology
57 mins ago