The squad numbers for players representing Ghana at the 2022 FIFA World Cup in Qatar have been announced ahead of the start of the competition.

This year’s World Cup will be Ghana’s fourth appearance at the tournament after featuring in the 2006, 2010 and 2014 editions in Germany, South Africa and Brazil respectively.

Below is the full list of jersey numbers for Ghana’s Black Stars at the 2022 FIFA World Cup: 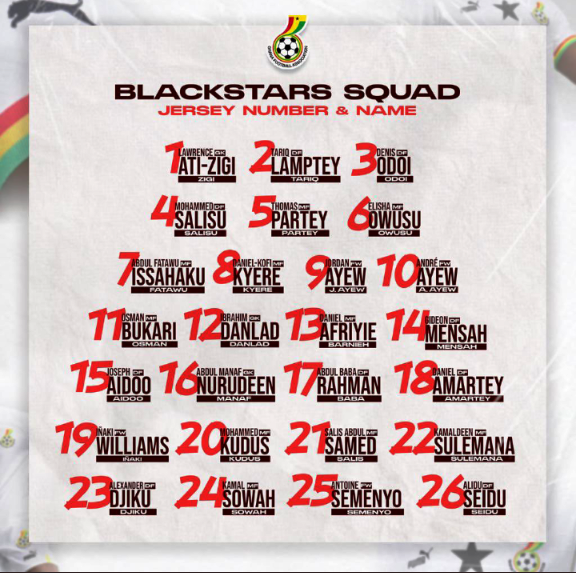 WPL: Berry Ladies drew one all with Army Ladies