Former Real Madrid star Isco has agreed a contract termination at Sevilla, cutting short a deal that was supposed to run until 2024.

WHAT HAPPENED? Sevilla confirmed the 30-year-old’s departure on Wednesday, with the attacking midfielder now a free agent heading into the January window. Isco had seen his role diminished after former manager Julen Lopetegui — who encouraged Isco to sign as a free agent following his exit from Real Madrid — was fired in early October and replaced by Jorge Sampaoli. Isco’s contract had been due to run until 2024, but he has now departed the club with immediate effect.

Isco had a publicly frosty relationship with director of football Monchi, and was training alone — reportedly due to an ankle issue — prior to the World Cup break. Marca initially reported that the two parties were looking for an exit path in mid-November. 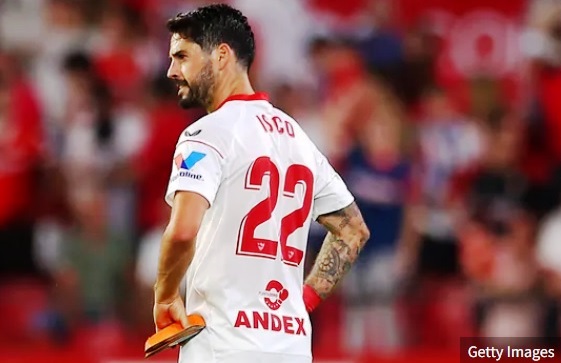 THE BIGGER PICTURE: Isco enjoyed a glittering start to his career, starring for Malaga and Real Madrid between 2012-2017. However, injuries and poor form saw him fall out of favour with Madrid boss Carlo Ancelotti, and Isco left Santiago Bernabeu after a nine-year stay in the summer.

Sevilla offered a new chance, and a bigger role in the team, as the Spanish international looked to revive his career, but he was often criticized during Sevilla’s abysmal start to the season. New manager Jorge Sampaoli still regularly fit Isco into his starting XI, but his performances were poor leading up to the World Cup.

📰 #SevillaFC have reached an agreement with @isco_alarcon to terminate his contract.

WHAT THEY SAID?: A statement on Sevilla’s official website reads: “Sevilla FC and the footballer Isco Alarcón have agreed to terminate the contract that had united both parties since the player joined last summer after finishing his spell at Real Madrid. The club wants to wish Isco all the luck in the world in his new professional challenges.”

WHAT NEXT FOR ISCO? Isco will now look for a new club, as he searches for yet another chance to revive his once-promising career. A reunion with Lopetegui at Wolves has already been suggested ahead of the winter transfer window.