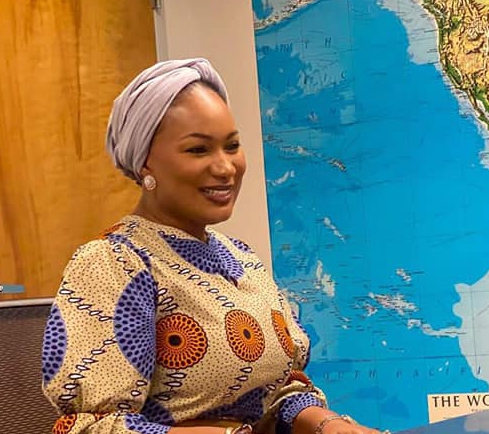 The wife of the Vice President, Mrs Samira Bawumia, on Wednesday handed-over a newly refurbished Learning and Literacy Centre to the Kanda Cluster of Schools to boost teaching and learning outcomes.

The project, which is a 60-seater capacity centre with five computers and some books, was undertaken by the Samira Empowerment and Humanitarian Projects (SEHP), a not-for-profit organisation.

Speaking at the handing-over ceremony in Accra, Mrs Samira Bawumia said the NGO’s vision was to empower the next generation of future leaders to develop the habit of reading and ensure that they become creative and critical thinkers.

She said her Foundation had, so far, distributed 200,000 library books to 64 basic schools across the country, which had benefited about 400,000 pupils.

“We are of the belief that the Centre will enable students to explore their interests, intellectual curiosity and help them to develop their creativity,” she pointed out.

Mrs Bawumia was of the conviction that the Centre would be a valuable resource for pupils, teachers and the community in general.

She urged parents and guardians to continuously show interest in their wards’ education and inspire them to read and patronise the facility.

Madam Gifty Twum-Ampofo, a Deputy Minister of Education, said education was at the heart of the government’s policies, hence it had invested heavily in the Free Senior High School Policy and Free TVET despite the economic challenges facing the country.

She urged parents and guardians to guide their children to read and develop positive attitudes so that they would become responsible adults in the future.

“To whom much is given, much is expected and so I believed that this Centre will remould destinies of the children for a better future,” she added.

Mr Hayford Siaw, the Chief Executive Officer, Ghana Library Authority, on his part, pledged to continuously supervise and monitor the Centre and stock the library with the necessary books to keep it active.

He said within a period of six years, the government had increased the number of public libraries from 61 in 2017 to 115 while the stock of books had increased from 300,000 to 1.3 million nationwide.

Madam Adisa Tassa, the Ayawaso East Municipal Director of Education, thanked the Samira Empowerment and Humanitarian Projects for the support and appealed for more libraries as well as printing and photocopy machines for the various schools in the municipality.

Previous We were the best among the worst – Dr. Asiedu Sarpong on Ghana’s Covid-19 management
Next MoE must prioritize basic education infrastructure – Africa Education Watch