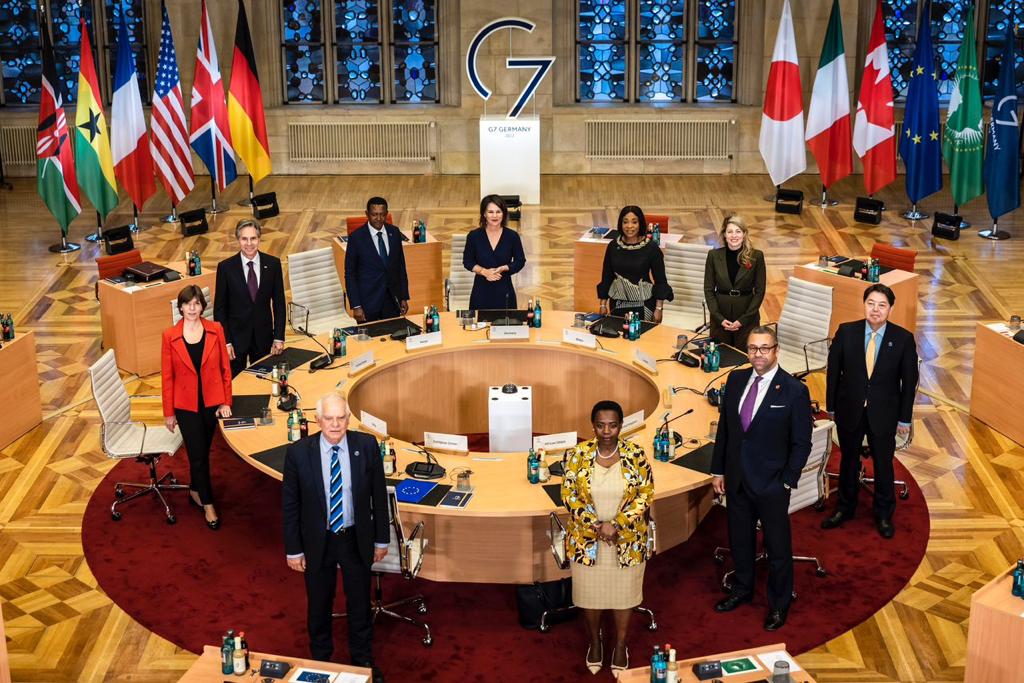 The Foreign Affairs Minister, Shirley Ayorkor Botchwey has held talks with G7 Foreign Ministers on efforts to tackle the climate crisis as well as food and energy security as a consequence of the Russia-Ukraine conflict.

She also proffered suggestions on how these pertinent issues may be resolved with a concerted effort when she participated in the Outreach Session of G7 Foreign Ministers meeting in Munster, Germany.

The Meeting, which was hosted by Germany under its tenure as President of the G7, had in attendance all Foreign Ministers from the G7 group – USA, Italy, Canada, Germany, United Kingdom, Japan, France and the European Union.

Discussions during the outreach segment of the meeting centred on current geopolitical challenges, with particular reference to the ongoing Russia-Ukraine conflict and its impact on world trade, supply chains, energy and resilience of democratic institutions in the face the emerging threats to the rule-based global order.

Shirley Botchwey was invited together with her counterpart from Kenya and the Chair of the African Union (AU) to engage with the G7 ministers on existential threats posed by the restive Sahel region and the wider security implications it presents.

Also on the agenda was the security situation in the Great Lakes region and the Horn of Africa as well as the recent peace accord brokered over the conflict between government of Ethiopia and the Tigray Rebels and how to practically implement the terms of the ceasefire so as to avoid a relapse to the status quo ante.

Shirley Ayorkor Botchwey also held bilateral talks with her counterparts from Japan, the United States, Germany, United Kingdom and Canada on the margins of the meeting.

During the said meetings, she discussed matters of mutual interest, bilateral and multilateral cooperation in the light of Ghana’s tenure as Chair of the United Nations (UN) Security Council for the month of November, 2022.

A press statement issued by her office added that the minister briefed her counterparts on the progress of the Accra Initiative and efforts to employ its collaborative security mechanism to prevent infiltration and a spill-over of the activities of terrorist elements from the Sahel into coastal states on the Gulf of Guinea.

Economic challenges: There is light at the end of the tunnel - AGI Boss Our main focus is to win against Portugal – Otto Addo

WAEC orders over 8,000 ‘indebted’ students to pick WASSCE results from their schools