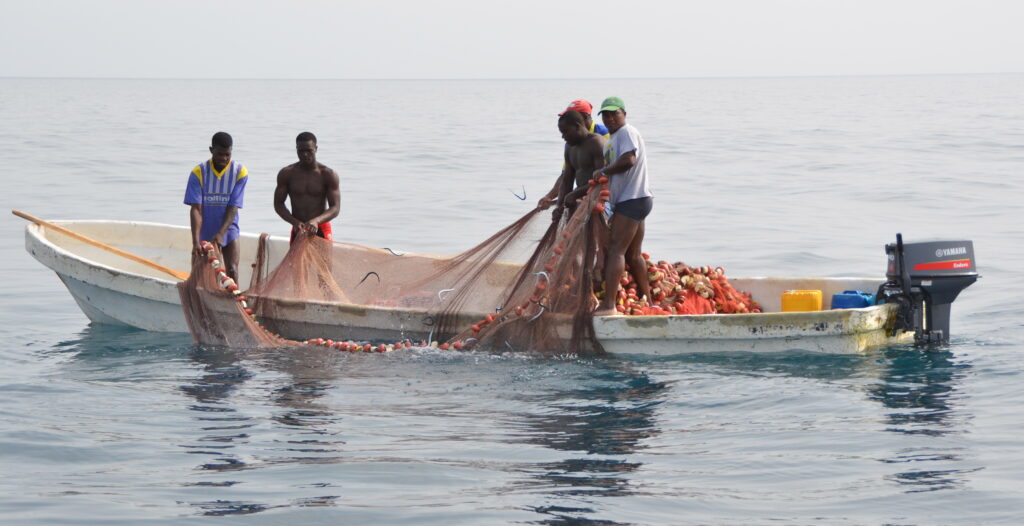 Some members of the  Volta Region branch of the Ghana Canoe Fishermen Council (GCFC) are worried about the recent rampant illegal light fishing activities in the coastal areas of Keta, Denu ,Aflao and other coastal towns of the region.

The situation, they say, is becoming too rampant and thus affecting the activities of the trade negatively.  Some residents who had a conversation with the media noted that there are some recalcitrant fishermen and net owners who have refused to heed to the calls of the Minister and executives of the Council to put a stop to the illegal light fishing in the coastal towns.

According to them, over 50 boats are seen on the sea operating with light and some dangerous green chemical, especially in the night, hence destroying the fishes in the sea.

Some residents who spoke on the condition of anonymity noted that some fishermen have been using the dangerous methods on the sea even though the Minister banned such activities.

Francis Bedzo noted that, they only practice light fishing twice monthly from November to January, but had to stop when people started accusing him of illegal fishing activities.

The Ketu-South District Branch of the Ghana Canoe Fishermen Council (GCFC) has implored Government to effect an outright ban on the use of light in the country’s waters in order to save the fishing industry from collapse.

The Council said it is expecting Government to back its stated commitment to deal with the menace with action.

It alleged that the light fishing is being practiced in the Greater-Accra, Central and Western regions long after it was curtailed in the Volta Region.

It is the hope of residents and concerned fishermen that the activities of light fishing is banned as soon as possible . Ofori-Atta has more integrity than 99% of politicians I know in Ghana – Prof. Stephen Adei Mahama appeals for MoMo to fund NDC congress
20 mins ago