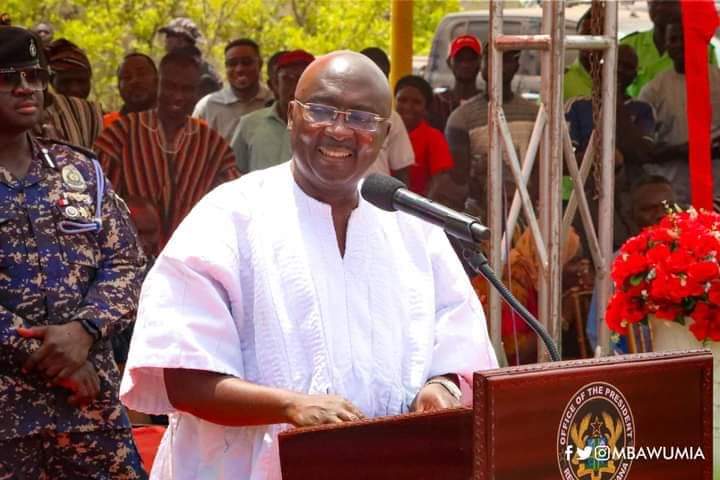 Disgruntled NPP members in Anloland have written to the President of the Anlo Traditional Council to impress on the Spokesperson of the Awoamefia, Agbotuada Kumasah, to render an unqualified apology to Vice President, Dr. Mahamudu Bawumia.

The apology is for the “unsavory commentaries” Torgbivi Kumasah has made on various media platforms following the booing of the Vice President at the just-ended Hogbetsotso durbar.

According to them, Torgbivi Kumasah’s claim that the Vice President was booed for touting achievements that were non-existent was distasteful and painted a poor picture of the Anlo state.

“Such comments from no less a person than Agbotadua Kumasah, made it look like the Vice President was deliberately invited by the Anlo state to be disgraced,” the group said in a letter signed by the convener, Augustine Ocloo.

“We the disgruntled NPP youth of Anloland cannot stand aloof while this disgraceful, uncalled for, uncultured and developmentally crippling behavior to go unanswered.”

They are therefore demanding that Torgbivi Kumasah be made to render an apology to the State, the Vice President and the people of Anlo.

“The Anlo Traditional/State Council should explain to we the youth why they allowed members of the Hogbetsotso planning committee to set and lay the Vice President such ambush.

“We also demand that a disciplinary action be taken against Agbotaduah Kumassah for displaying such infantile attitude when he was rather expected to use the fine opportunity to emphasize the positives of the celebration,” they added.

According to them, should these demands be met, it will restore the confidence they have in the Anlo state and the Anlos as a people.

“Government is the biggest stake holder in the development of every state, town and villages in this country. We cannot claim to want development while we disrespect and express open hate and viciousness to people in authorities responsible for it. This is our resolution and we pray that you help us with it to patch our wounded pride as Anlos,” the letter concluded. October 30, 2022
Check Also
Close
Featured Posts
Uruguay beat Ghana but both nations are knocked out of World Cup
5 mins ago