Presidents must have courage to reshuffle their ministers – Kufuor 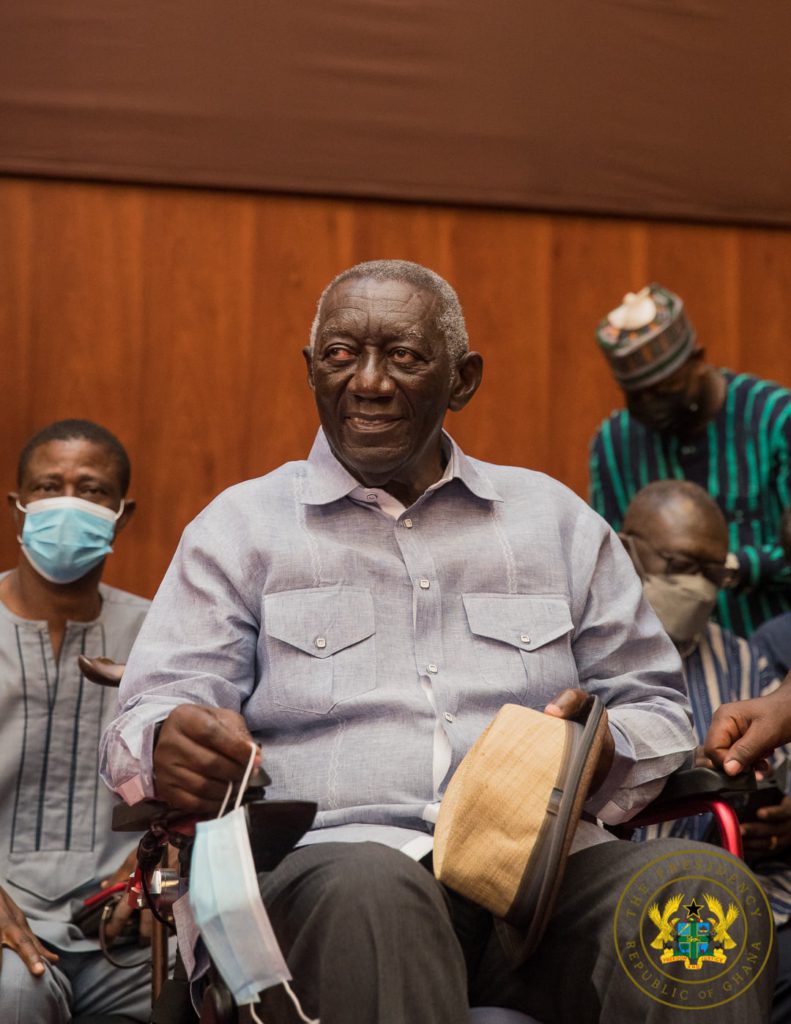 According to him, that breathes new ideas and ingenuity into the government.

He said it is the duty of the president to know which of his ministers are performing and those underperforming.

Former president Kufour speaking in an interaction with the Institute of Economic Affairs (IEA) at his residence in Peduase on Monday, said this is something he did routinely during his tenure.

Mr Kufour said he at a point reshuffled persons who contributed significantly to his presidential bid in the interest of his government.

“I didn’t reshuffle just for the frequency of it; no. The president’s role is like the coach; not just a team leader.

You have to know what your ministers are doing, whether they are being positive or whether they’re just being average when you expect more from them, and you should have the courage to say you don’t belong here, go there, or perhaps sit aside and that thing should not be seasonal; it should be continuous.”

Meanwhile, there have been several calls for President Akufo-Addo to reshuffle his ministers.

However, the president has said he will hit reshuffle for the sake of it.

President Akufo-Addo insisted that he evaluates the work of his ministers consistently.

According to him, many of his appointees have discharged their duties excellently.

“Their output has been considerable, and that is what I look at.”

“If the output measures expectations, then I don’t have any strong reasons to heed the call,” he said.