Four persons were killed and one wounded after a chieftaincy dispute turned violent at Enchi in the Western North Region.

Police have said calm has been restored after the incident and commenced investigations.

“Security has since been beefed up in the palace, the Enchi township and surrounding communities,” police said in a statement.

“Investigation is ongoing and crime scene experts and reinforcement teams have been dispatched from the National Headquarters in Accra and surrounding Police Regions to support the Western North Regional Police Command.

It assured that it “will surely get the perpetrators of this violent attack arrested to face justice.”

“We wish to urge the public, in this case, our revered chieftaincy institution which is the embodiment of our customs, traditions and values to use peaceful and due judicial process in resolving differences in order to avoid such needless deaths,” the police added. 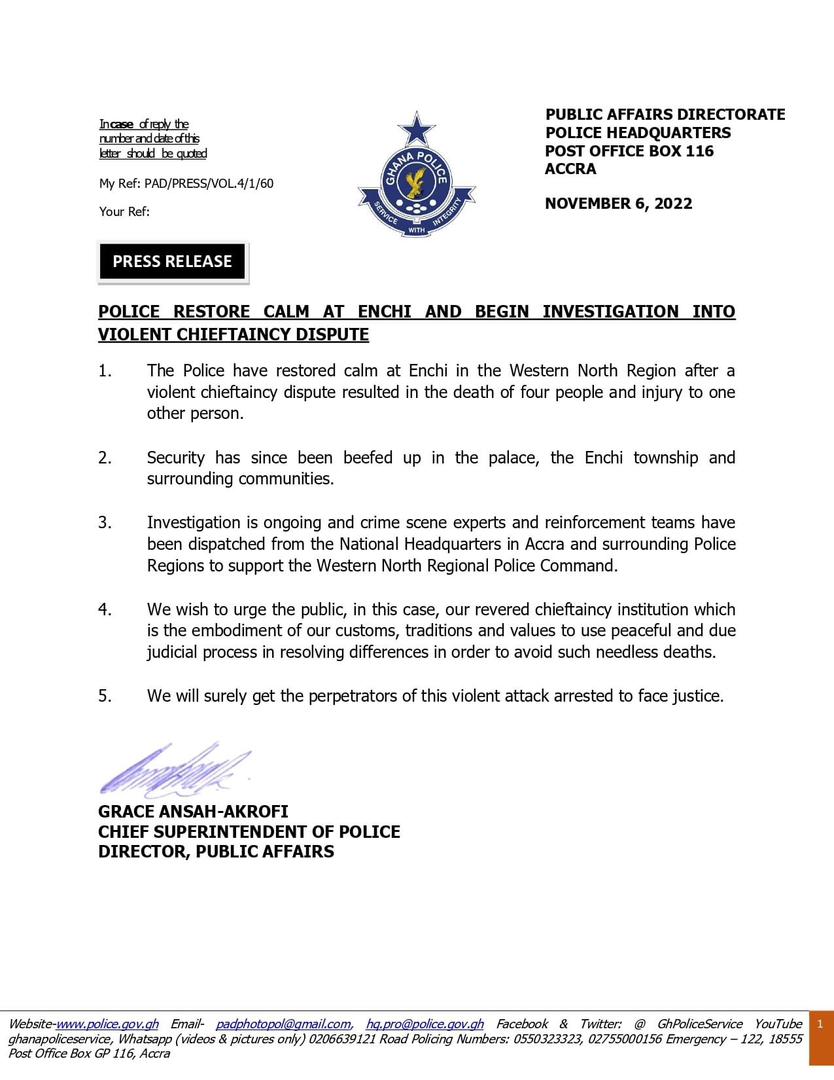 AirtelTigo to block all partially registered SIM cards from today I lied about Samira Bawumia