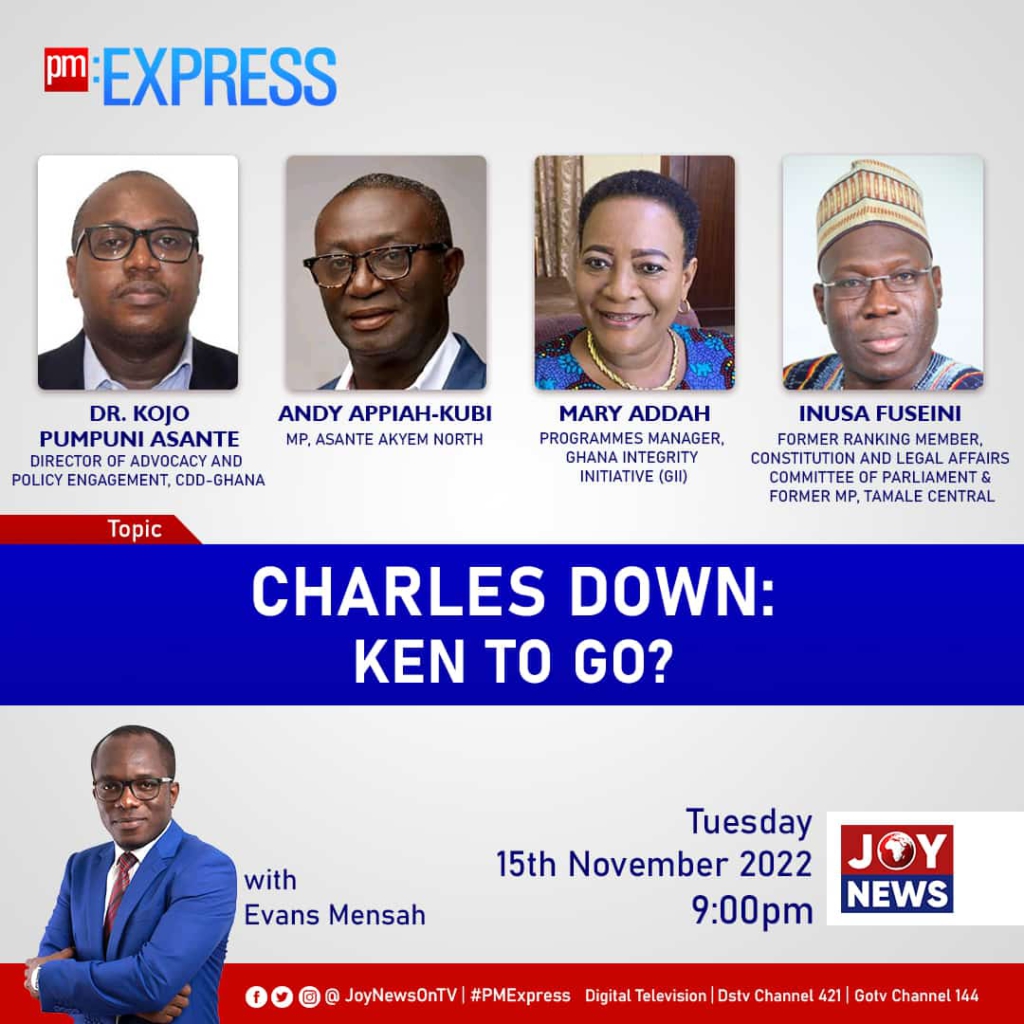 The Minority in Parliament together with some NPP MPs want Mr. Ofori-Atta sacked.

The Committee, which was constituted to consider the motion of censure, will resume sitting on Friday.

Already, the Minister of State at the Finance Ministry, Charles Adu Boahen who happens to be among the persons that the Minority wants to be dismissed has been sacked by the President for being implicated in the corrupt act in a recent investigative piece by Anas Aremeyaw Anas.

Tonight, PM Express will discuss whether it is time for Ken Ofori-Atta to be dismissed now that Adu Boahen has been sacked.

GH₡100k up for grabs as PGA Cedrella Open tees off

Suspected robber beaten to death, other one battling for his life - Xavier Sosu arrested for driving in middle of the road Accra: AMA to bulldoze over 100 illegal structures in these areas | Details