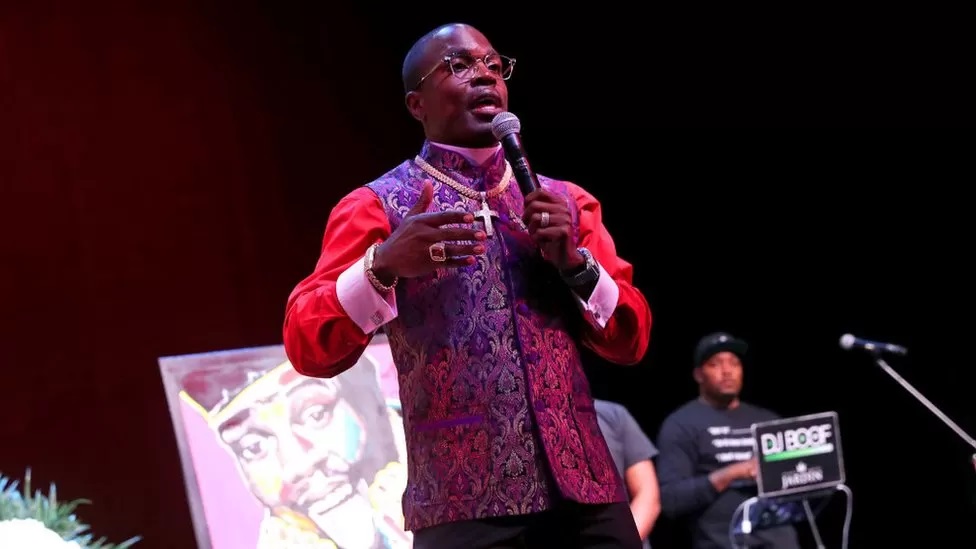 A US preacher who was robbed at gunpoint of more than $1m (£840,000) in jewellery during a livestreamed sermon in New York has been indicted on charges of fraud and extortion.

Lamor Whitehead had watches, diamonds and emeralds taken from him in July.

Now he has been charged with a raft of crimes, court documents say.

He is accused of defrauding a parishioner out of her retirement savings, attempting to extort a businessman and lying to the FBI.

Mr Whitehead was arrested on Monday and will appear in federal court, the department of justice said in a press release.

The money allegedly taken from the parishioner – around $90,000 – was spent on “luxury goods and clothing”, the documents say.

The charges against him could see him imprisoned for up to 20 years if he is convicted.

On Tuesday, he posted “NOT GUILTY!” on Instagram and directed followers to join his livestream.

After being robbed in July, Mr Whitehead, dubbed the “bling bishop” by media in New York, vowed that the culprits would not “get away with it”.

According to the New York Post, items taken from him and his wife included Rolex and Cavalier watches, a $25,000 Episcopal ruby and diamond ring, a $25,000 pair of earrings and even his wedding band.