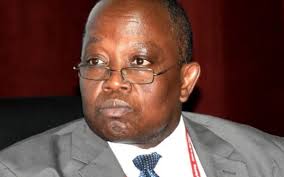 Former Auditor-General, Daniel Yao Domelevo says the use of contingency vote in sponsoring preparatory works for the construction of the National Cathedral is unconstitutional and could provide a breeding ground for plundering the state’s coffers.

This follows a revelation by Finance Minister, Ken Ofori-Atta at his impeachment hearing before Parliament’s Adhoc Committee in November 2022 that the contingency vote is a line under the “Other Government Obligations” vote which is ap­proved by the Finance Committee and passed as part of the annual Appropriation Acts by Parliament.

According to him, in preparing the Annual Budget, the practice is that provision is made for indicative expenditures that have not been fully costed at the time of the budget presentation and provisions are made in the Con­tingency Vote to cater for such expenditures.

However reacting to the justification, Daniel Yao Domelvo noted that there are clear constitutional guidelines on how contingency expenses should be made.

“Read the Auditor-General’s report, and it says that 1.2 million was paid into the Contingency Fund not the Vote and used for COVID which is clearly an emergency, an unforeseeable expenditure.

“So if the Cathedral was actually an unforeseeable expenditure which occurred, then it should be coming out of the Contingency Fund not the Vote. Why didn’t it come from there? Because the Contingency Fund is under the supervision of the Finance Committee of Parliament so there would be transparency and accountability there so they went in for this black box called the Contingency Vote and used that instead,” he stated.

He also noted that “the constitution provided that the Minister, if he would not use the Contingency Fund, he must submit a supplementary budget to Parliament. There again there would be accountability and transparency and so to avoid this, the government decided to use the Contingency Vote which I must admittedly say has been in the books for several years and it gives the various Ministers of Finance a leeway of putting money there and can use it anyhow. And I call on Parliament to disallow that expenditure line. It is unlawful”.

Previous Gospel Music should be played at my funeral – Lopowura’s last wish
Next Playback: One-on-one interview with Haruna Iddrisu on Debt Exchange programme