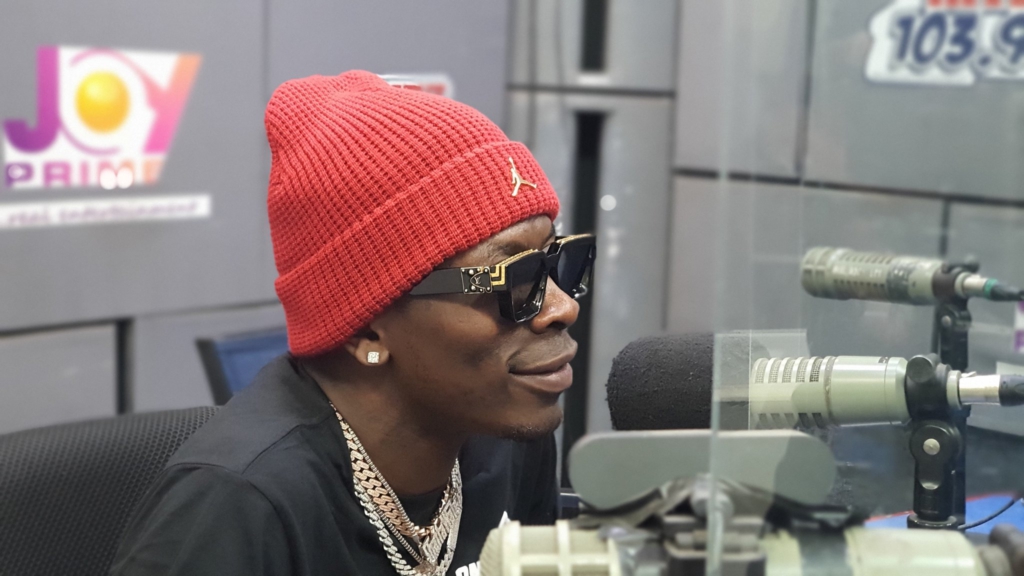 Dancehall musician Shatta Wale is not pleased about the criticisms he is facing from the public after he claimed to know his former manager Bullgod’s secret in relation to the murder of Fennec Okyere.

In a Facebook Live, the ‘Melissa’ hitmaker said that no one warned Bullgod to stop mentioning his name or refrain from talking about him when granting interviews.

“Nobody advised him. Nobody warned him about me. Me, I don’t care,” he said.

He stated that he will always retaliate when he is disrespected or hurt even by the people he considers friends.

“if I am moving with a friend and the friend wants to show me wicked, I go show him wicked (sic). If a friend respects me, I will respect him, if a friend smiles at me I will smile. If they frown, I’ll also frown.”

Shatta Wale proceeded to call on Kwaw Kese, whom Fennec Okyere used to manage to “wake up and fight for your right.”

This comes a day after Shatta Wale shocked the public when he threatened to reveal a secret Bullgod told him in relation to the death of the artiste manager.

The ‘Ayoo’ hitmaker stated that he is ready to tell any court what Bullgod told him about the murder of Fennec Okyere.

This threat was in reaction to the leakage of the list of artistes featuring on the tracks for Shatta Wale’s upcoming album, ‘Gift of God’ (GOG) by Bullgod.

This caught the attention of Kwaw Kese whose career Fennec Okyere managed before his passing in 2014.

Kwaw shared a screenshot of Shatta Wale’s post and called on the Police to get justice for his former manager.

The Police later released a statement noting that they were in touch with Shatta Wale and hoped to get relevant information to help find the culprit.

Fennec Okyere, who was the manager of the controversial musician, Kwaw Kese, was murdered at his Manet Gardens residence on Spintex Road, Accra on Thursday, March 13, 2014, by unknown assailants. He died at age 31.

He was arrested in Kokomlemle, a suburb of Accra, as a suspect in the death of Fennec Okyere.

This was because Bullgod (then known as Bulldog) who had regular beefs with Fennec Okyere, had supposedly threatened him in an interview on radio.

While on the Police charge sheet Bullgod was to face the charge of conspiracy to commit murder, his plea was not taken.

In 2017, the Bullhaus Entertainment CEO was freed from the charges in relation with the alleged murder, with then Attorney-General, Gloria Akuffo saying the state was no longer interested in prosecuting Bulldog over the alleged murder of Fennec Okyere.

This was contained in the A-G’s advice on the case docket. Kwaw Kese registered his unhappiness about the development.

“Even the prosecutors were not going to court. I believe our security system is very weak,” a very disappointed Kwaw Kese told Lexis Bill in an interview on Behind the Fame on Drive Time on Joy FM in 2018.

But, Bullgod has consistently maintained that he is innocent, thus had no hand in the passing of Fennec Okyere.

According to him, the jabs they threw at each other were aimed at promoting their artistes and also to remain relevant as managers.

In a 2022 interview on Hitz FM, Bullgod maintained his innocence adding that he never threatened Fennec Okyere, despite their disagreements.

Meanwhile, Kwaw Kese, year in and year out, continues to celebrate his former manager on his death anniversary.

Meanwhile, Shatta Wale has welcomed the Police’s decision to collaborate with him in their quest to re-investigate the murder of the late artiste manager.

Maiden Made In Ghana-UK Festival Successively Held In London 

Akufo-Addo, Asantehene, others expected to grace Hogbetsotsoza on Saturday Mahama appeals for MoMo to fund NDC congress
23 mins ago