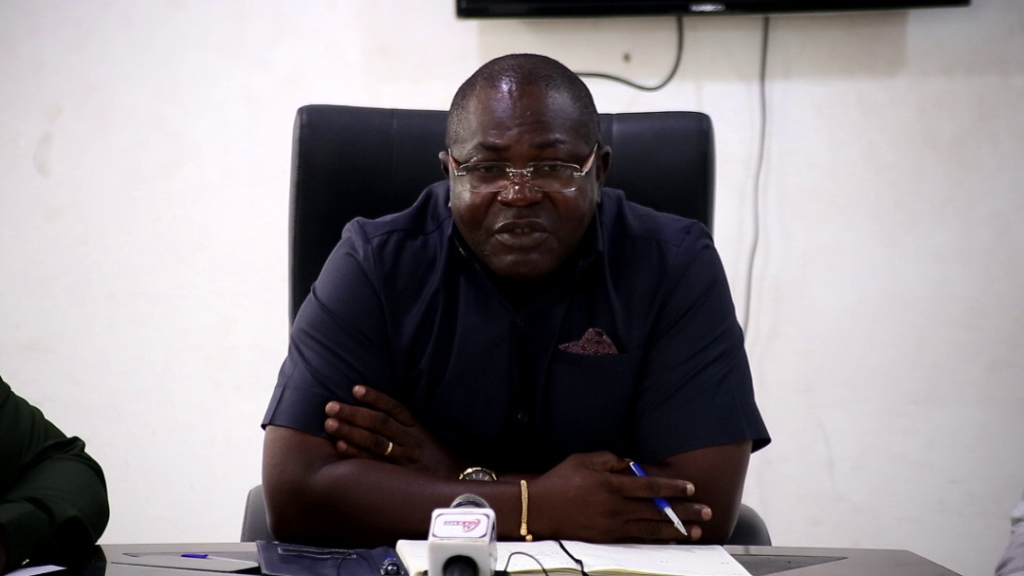 The National Democratic Congress (NDC) is optimistic about winning over their traditional Hohoe parliamentary seat in the Volta Region.

The opposition NDC suffered a hefty defeat in 2020 and lost the seat to the governing New Patriotic Party (NPP) when the electorates bought into the development agenda of John Peter Amewu and voted massively for him.

Speaking at a press briefing in Ho, the newly elected Volta Regional NDC Chairman, Mawutor Agbavitor, indicated that he would inject a new energy into the umbrella fraternity which aims at rooting out the NPP from the Volta Region.

He said that focus would be on the wrestling of the Hohoe seat by giving the NPP parliamentary candidate, who would possibly be John Peter Amewu, a run for his money in the 2024 parliamentary elections.

Mr. Agbvitor, however, assured that the NDC would not loss any of its parliamentary seats in the region, under his watch.

He called on the rank and file of the party to unite and contribute their expertise towards pivoting the Umbrella fraternity to power in 2024.

He employed party delegates in his jurisdiction to give equal opportunities to national executive aspirants and make informed decisions in electing national leaders who would steer the affairs of the NDC, leading to victory in 2024.

The incumbent regional secretary, James Gunu, was retained after he garnered 456 votes, with Ege Bright Kwashie elected as his Deputy.

Siki Abibu and Eliot Wogbe were elected as Organiser and Deputy Organiser respectively.

The delegates endorsed the candidature of Daniel Agboka Dzegede for the Treasurer position and Evelyn Gaglozu as the Deputy Treasurer.

A host of other comrades were elected to occupy various positions, to lead a campaign to regain the trust and sympathy of people in the region, where NDC garners majority of votes in general elections.

The NDC for the first time in the fourth republic lost a parliamentary seat to the NPP, and witnessed a decline in its voting margin in the 2020 general elections. Votes from the region helped President Akufo-Addo to clinch victory and secure another 4-year term.

The newly elected NDC Executives are expected to undo Makafui Woanyah’s record of leading the NPP to significantly increase the voting margin of the elephant fraternity. Mahama was demonized for Akufo-Addo to be President – Bawa Mogtari Pork prices up by 40% in three months

Unprecedented, no govt has tarred more roads in 4 or 5 yrs than Akufo-Addo’s – Presidential Staffer
28 mins ago

Borrowing: NPP govt has projects to show for unlike the NDC – Miracles Aboagye
32 mins ago