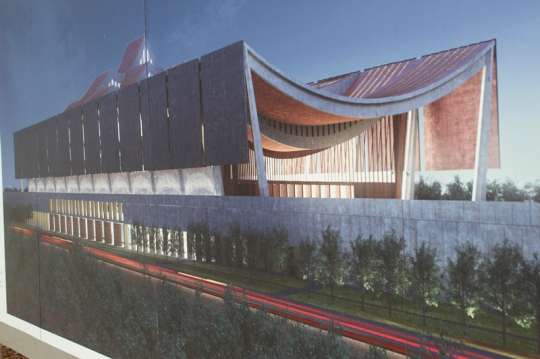 Mr. Ken Ofori-Atta said the project does not belong to President Akufo-Addo as asserted in some circles.

According to him, Ghanaians will enjoy the full benefits of the project and not the President.

“National Cathedral is 100 percent owned by the state and is not the President’s cathedral as described by the proponents,” he said when he appeared before the Ad hoc Committee hearing the censure motion against him on Friday.

Touching on the expenditure for the controversial project, he said he has not breached any laws in that regard.

He disclosed that the monies that have been disbursed for use for the project were from the contingency vault.

According to him, this practice is not new as was done by the previous Mahama-led administration.

Mr. Ofori-Atta said he has in his possession several evidence to prove his claim.

“Expenditures in respect of the National Cathedral were made from the contingency vault under the other government obligations vault as has been the practice before my tenure.

“I have several copies of payments from the contingency vault dating back to 2015 to share.

“Honourable co-chairs as Finance Minister I am fully aware of the approval procedures for use of the contingency funds and I have not breached its requirements,” he added. Russian invasion must not succeed – Archbishop
20 mins ago

No levies implemented on luxury vehicles by DVLA
37 mins ago