The Founder and Leader of the United Progressive Party (UPP), Mr. Akwasi Addai aka Odike, says his life is threatened following an attack on him by some unidentified thugs.

Nobody was hit by a bullet but a few of his staff who were physically assaulted sustained minor injuries.

The attack comes three days after the Asanteman Traditional Council, after an emergency meeting held at the Manhyia Palace in Kumasi on 19th August,2022 banned Odike from visiting the Manhyia palace after he accused some Ashanti chiefs of their involvement in illegal mining [Galamsey].

As a result, a ram was slaughtered to invoke ancestral curses against the businessman. 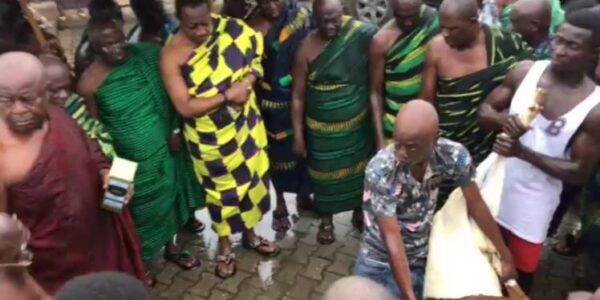 Speaking on his attack on Joy FM, Akwasi Addai Odike who went into hiding when the thugs stormed his office said his life is in danger.

“They could not spot me, otherwise I would have belonged to the silent world by now.”

He said he filed a report with the police following which the police visited the crime scene for preliminary investigation.

Nurses and Midwives to strike if 20% COLA is not paid...