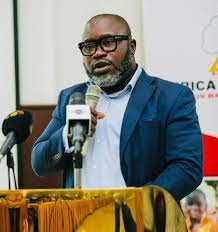 The Africa Education Watch, an education policy research and advocacy organisation, has called on the Ministry of Education (MoE) to prioritise Basic Education infrastructure in the 2023 Ghana Education Trust Fund (GETFund) formula.

The organisation noted that it was important to prioritize basic education infrastructure due to the growing number of schools operating under trees and in dilapidated structures.

This was contained in its analysis of the 2023 budget for the education sector, which was made available to the Ghana News Agency by Mr. Kofi Asare, the EduWatch Executive Director.

It indicated that at least a third of GETFund’s discretionary expenditure must benefit basic education infrastructure.

It stated that the low premium accorded basic education would not change in 2023, as only 19 percent was allocated from the GETFund, noting that this did not augur well for expanding equitable access to basic education, especially where one million children were out of school, with millions learning in makeshift structures.

Africa Education Watch said it was expected that a significant portion of the GH¢289 million allocated to basic education for 2023 would be spent on the procurement of textbooks that were in short supply in the schools, leaving the rest for infrastructure.

Education infrastructure, it stated, was heavily dependent on funding from GETFund, with the fund having on average contributed 45.37 percent of the education Capital Expenditure (CAPEX) budget for the period 2021 to 2023.

It revealed that the MoE was directed by the Ministry of Finance to offload all Government of Ghana (GoG) and Annual Budget Funding Amount (ABFA) capital projects to GETFund for payment.

Africa Education Watch said for the past three years, the allocation was used for the reconstruction and rehabilitation of some dilapidated basic school structures and the payment of Counterpart Funding Obligations on some of the donor-assisted projects, notably the Support to Basic Education Project being implemented with funding from the Arab Bank for Economic Development in Africa (BADEA).

Touching on budget allocation for the free compulsory basic education (FCUBE), the organization observed that an allocation of GH¢67.03 million, representing 2.2 per cent, has been made for the payment of Capitation Grant, Basic Education Certificate Examination (BECE) subsidy, West Africa Examination Council (WAEC) Contributions and Establishment Supplies.

“This does not only represent a 58.7 per cent decrease over the 2022 allocation of GH¢162.46 million but will also pose a significant challenge during budget implementation due to the 2023 total allocation for Goods and Services to basic education,” it stated.

It stated that further evidence of inadequacy in the Goods and Services budgetary allocation for basic education was found within the GH¢26.5 million allocation for Existing Interventions, out of which only GH¢11 million was allocated for the payment of Capitation Grant.

It stressed that “at the current rate of GH¢10.0 per pupil and the projected enrolment of six million pupils in public basic schools, the said GH¢11 million cannot suffice even a term’s tranche, thereby making it impossible to provide the necessary supplies such as chalk, Class Attendance Register and other basic logistics for the operations of public basic schools in 2023.”

It, therefore, called on the Ministry of Finance to urgently revise the 2023 budget allocation for existing interventions which covers the critical interventions – Capitation Grant, Feeding Grants to Special Schools, and the provision of Establishment Supplies to basic schools.