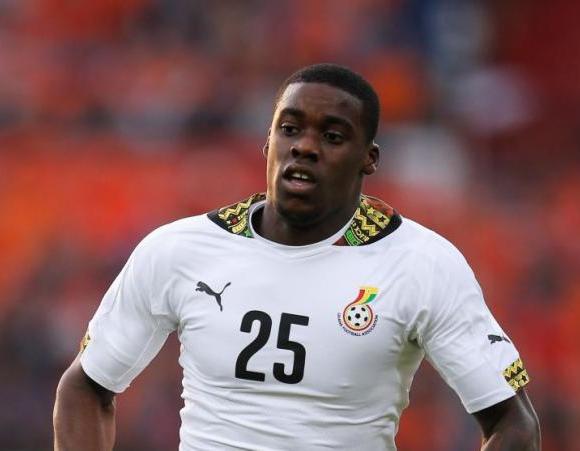 The 29-year-old utility player is conspicuously missing in the 26-man squad named Monday by Coach Otto Addo, with the development not going down well with a section of the citizenry.

“For me, this is completely out of place given the versatility, stature and experience of Schlup in club and international football,” Joseph Owusu-Mensah, Head of Sports, Garden City Radio (GCR), told the GNA Sports.

According to him, the World Cup championship was a big stage, therefore, there was no room for experiments.
He asked the technical handlers of the Senior National Team, the Black Stars, to come clear on the reasons for leaving out such an experienced player for less experienced ones

Desmond Otuo-Tuffour, a football analyst, also expressed worry about the absence of Schlup in Ghana’s final squad, and took a swipe at the Ghana Football Association (GFA) for the lack of transparency in the call-up to the national team.

“How do we leave behind such a genius in a tournament meant for the big boys!” he quizzed.

Evelyn Oware, a freelance sports journalist, could also not come to terms with the decision by the Stars’ technical handlers to drop the Crystal Palace and Ghana midfielder.

In her view, the development defied the criteria used in selecting players for the national team, and called for an investigation into the issue

Ghana has been drawn in Group H of the quadrennial championship alongside Portugal, South Korea and Uruguay.
The Stars are billed to commence their opening match against Portugal on November 24, and subsequently play South Korea and Uruguay, on November 28 and December 02, respectively.
Ghana’s 26-man squad named for the impending championship is: KNET launches IoT service based on AYECKA technology
27 mins ago

Freeze on public sector employment will worsen unemployment
1 hour ago