Ex-President of the Republic of Ghana, John Dramani Mahama has called for national support for the Black Stars ahead of the upcoming FIFA World Cup in Qatar.

With the competition starting on November 20, 2022, John Mahama has thrown his support behind the Black Stars.

In a Facebook post, President Mahama highlighted that the Black Stars of Ghana in previous tournaments have given Ghanaians lots of joy, and given a good account of themselves.

According to the former head of state, the team’s “unique brand of football” has always amazed the world, hence his belief in the chances of the team ahead of the Mundial.

Mahama further rallied support for the Black Stars as the team prepares to face stiff opponents at the FIFA World Cup.

“The players and the technical team have done their part by answering the national call once again and have exhibited the willingness to fight for the nation.

“It must be our patriotic duty as citizens to give them our full support, and as Ghanaians we must see this as a call to national duty”, portions of the post read.

“We might hold different views in our politics, religion, or ethnicity, but the Black Stars are the only senior national team we have, and we have always been united in rallying behind our team.

“I trust that we will rise to this challenge again as a nation because together we are unbeatable. Go Black Stars! Show the world that WE ARE GHANA!”, Mahama said.

The Black Stars of Ghana will play Portugal in their first Group H game on Thursday, 24th November 2022, at Stadium 974 (Rass Abou Aboud) before facing South Korea at the Education City Stadium and ending with Uruguay. 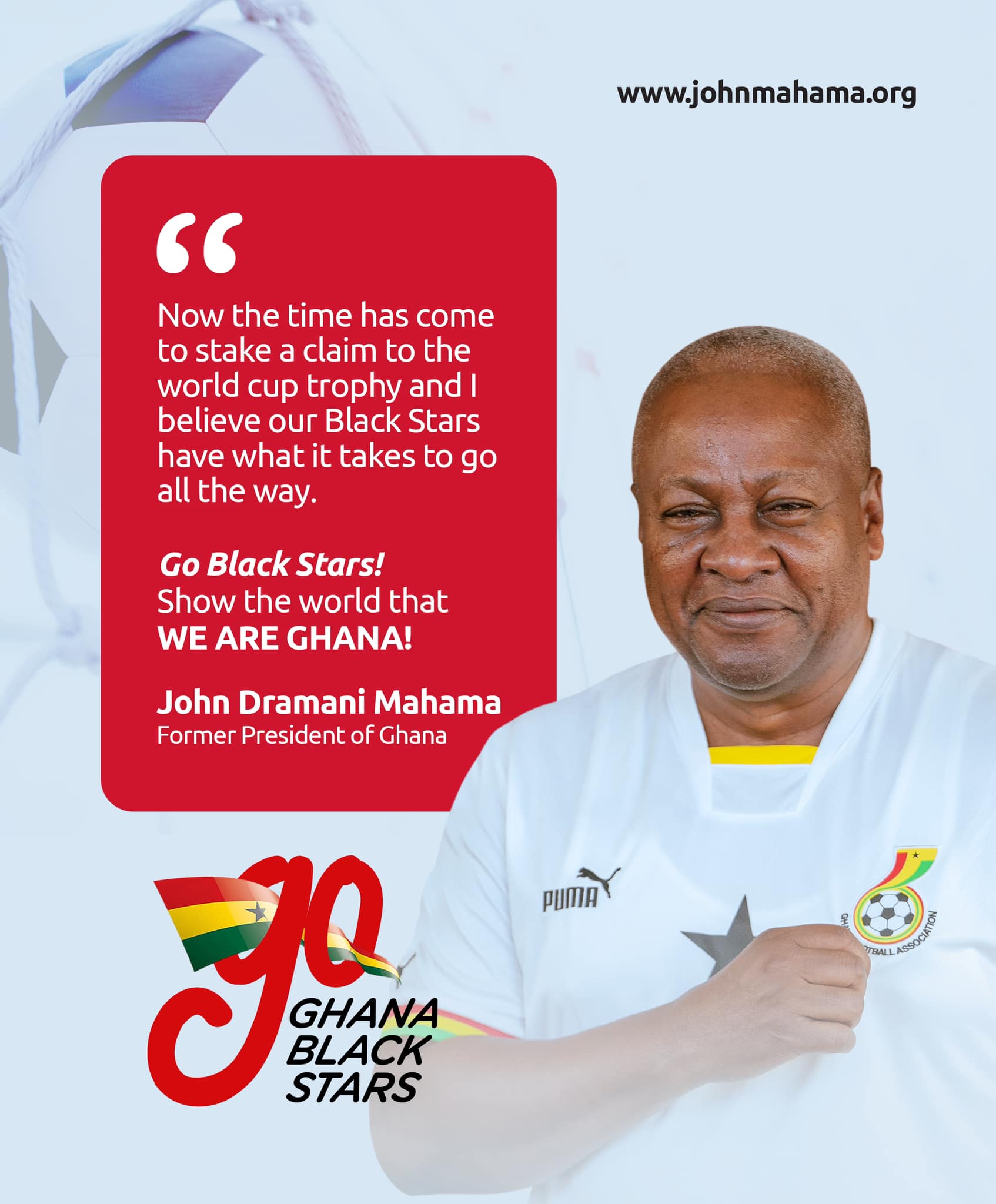 World Cup: Players challenged by fans to Bring The Moves when they score in Qatar WalkInMyShoe is the Digital Campaign for Accra 2023 African Para Games Samini to perform in Leeds, UK on November 5 Don’t return to campuses yet
13 mins ago