Ghanaian forward, Kwabena Owusu scored his third goal in the Europa League but it wasn’t enough to get Qarabag FK through to the next stage of the competition.

Owusu scored Qarabag’s equalizer in a 1-1 draw with German side SC Freiburg in the final round of games at the group stage in this season’s Europa League.

Freiburg got the game’s opening goal through forward Nils Petersen in the 25th minute but Owusu pulled Qarabag even with a strike in the 92nd minute.

The goal is 25-year-old Owusu’s third goal in the competition this season; he had an assist in the first leg against Freiburg which Qarabag lost 1-2.

The Azerbaijan side has dropped to the Conference League as a result. 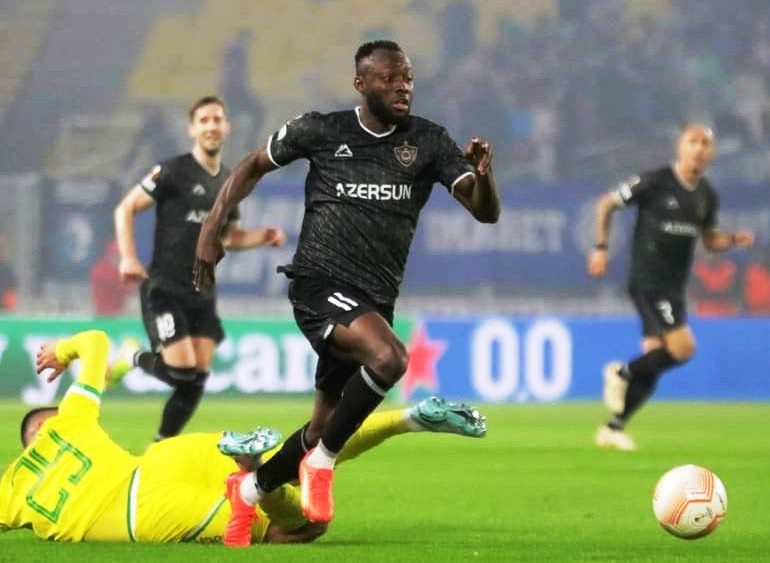 Owusu has eight goals and three assists to his name in all competitions this season.

‘Putuu’ is a gospel song, play it in churches – Stonebwoy