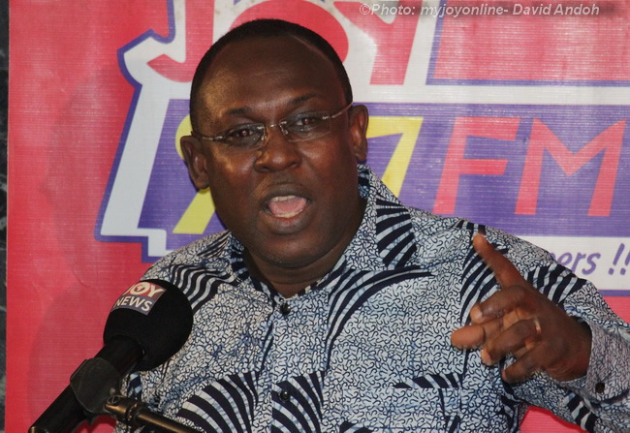 Vice President of IMANI Africa, Kofi Bentil, says citizens have every right to express their grievances through lawful demonstrations and protests to demand accountability and better governance.

He noted that any civil society action against government over Ghana’s current economic difficulties is a welcome opportunity and a wakeup call to authorities.

Speaking in a reaction to Saturday’s ‘Ku Me Preko Reloaded’ demonstration, Mr Bentil said it is justified for people to feel the way they are feeling now under the current circumstances.

“I would not make a value judgement of whether it [Ku Me Preko demo] is appropriate or not but everybody must understand that it is within the rights of the citizens to ask that the persons that they appointed into the office of president and other offices – if they have clearly shown that they are not able to do the job and we don’t have a confidence that they are going to be able to lead us out of the present mess we are in – it is a proper call for them to resign,” he said.

He said in other jurisdictions, like in the United Kingdom, the party itself can take a vote of ‘no confidence’ against the leader and cause them to resign.

“Over here [in Ghana], we have a law; our Constitution actually gives Parliament the power to do so… I don’t know what they would do with the laws that we have given them,” he added.

The ‘Ku Me Preko’ protest is led by private legal practitioner Martin Kpebu who is pushing for the resignation of President Akufo-Addo over Ghana’s current economic woes.

Some civil society organisations including #FixTheCountry, Arise Ghana, Economic Fighters League and other activists have joined the demonstrators, saying the President and his government have not done enough to alleviate the plight of citizens in the struggling economy.

Speaking to the media ahead of the protest, Martin Kpebu said the wanton corruption and mismanagement of the economy give a clear indication that Ghanaians can no longer wait until the end of Mr Akufo-Addo’s four-year term.

Boy, 12, allegedly gunned down by his uncle in a bush - Dental and Medical Council urges doctors to remain in Ghana

Akufo-Addo calls for end to HIV stigma
36 mins ago