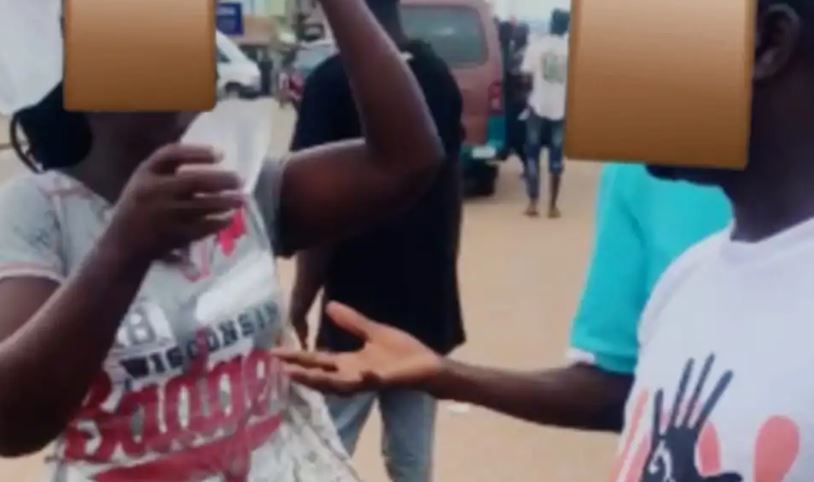 Madam Rebecca Asempa, a businesswoman in Hohoe has resurrected the selling of “ice water” after more than 10 years switch to the consumption of “pure water.”

She resumed the business on Tuesday, October 25 and so far, it is becoming a favourite to all special drivers at the Hohoe lorry station.

The Ghana News Agency (GNA) contacted Madam Asempa after a video popped up showing her selling to some drivers.

She said she was selling the “ice water” for 20 pesewas adding that, she sold the water at the price despite the cost of the polyethene bag she used for the water.

She said she was also taking into consideration all the hygienic factors to sell a well ‘self-produced’ water and, “I am just doing this thing for doing sake, but they are buying it. I started yesterday and people are buying.”

The sachet or pure water is now selling at 50 or 60 pesewas due to recent hikes in the cost of production and fuel prices resulting from global turbulence.

Mr Emma Boakye, a driver told GNA that the cost of water despite its production being done in the country was disturbing, hence, they would continue to buy the “Ice water” as far as it is produced under hygienic conditions.

He said it was the “ice water” they used to drink before they switched, hence, “Sankofa is not a crime.”

Mr Boakye also lamented the price increase in fuel and lorry fares, which would continue to affect the prices of goods including water.

GNA survey proves that similar business of iced water is emerging in some parts of Ho, an indication that if care is not taken, the phenomenon would become the norm going forward, a worry for public health experts.

He said it was not safe and consumers could easily get typhoid and other diseases since there was a direct contact processing where sellers blew air into the rubbers before filling them with water.

Mr Akurugu said consumers must be wary of their health and strictly go by drinking the sachet water or have clean and hygienic water in their houses to drink.

Mr Emmanuel Yawlui, the Hohoe Environmental Health Officer, when contacted, said the Department was unaware of any developments regarding the sale of “ice water.”

However, he said the only water in a rubber sanctioned, is the one which solidifies into, “ice”.