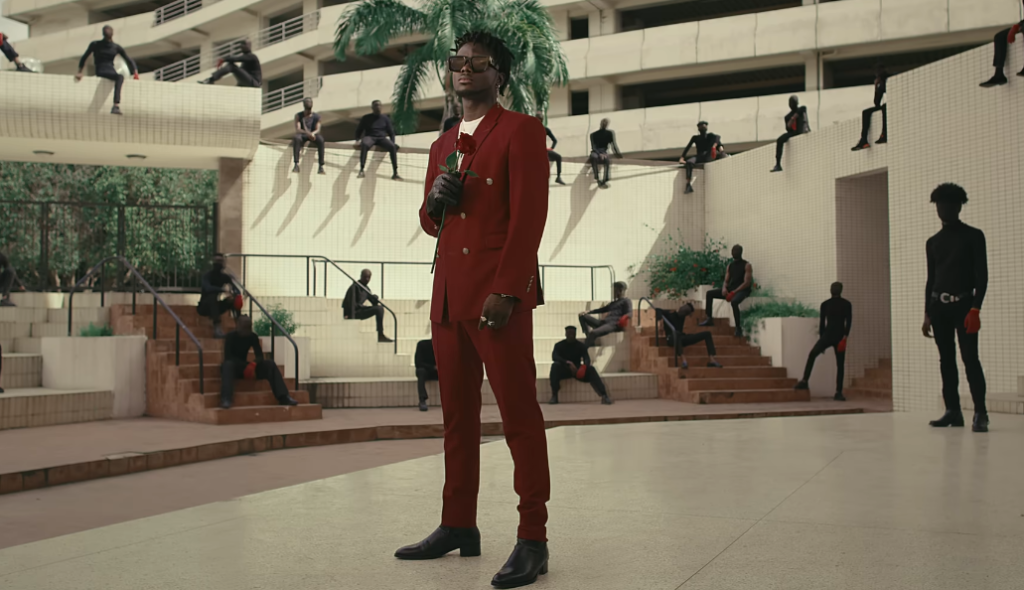 Ghanaian highlife musician, Kuami Eugene has opened up on his relationship status.

The artiste says he was in a toxic relationship previously but is now single and ready to mingle.

The ‘Take Away’ singer who was on set shooting the video to his latest record ‘Single’ made this known to Joy Primes’ entertainment journalist, IB.

According to the Lynx signee, his status at the time came of use in the recording of his latest song ‘Single‘.

“I have been that guy that put my emotions and everything in my music from ‘Wish Me Well’ to ‘Obiaa To’ to ‘Open Gate’, the things that I have been through, what I am going through, anything that moves me and the message I want to share with the world and ‘Single’ is another one. I have been through it for some past months and I am still in the process of being the strong guy that I am but everything in life takes time so I am single for now,” he said.

Nonetheless, the ‘Angela’ crooner told his fans and the world that he is not brokenhearted.

Asked if that ordeal has affected his music in any way, Kuami Eugene responded in the negative.

“This has actually strengthened me, it helped with the song with the song because I got my emotions in this and I think you should all check it out.”

The song has enjoyed airplay with the video chalking 2.1 million views on YouTube alone.

No ‘certification of conformance’, no used vehicles to enter Ghana from January 1, 2023 - Standards Authority

Middlemen not profiteering; our transport costs have quadrupled since July If Your Music Penetrates China, Then You Have Done Enough As An Artiste – Kuami Eugene Nayiri rallies support for the NHIS
43 mins ago