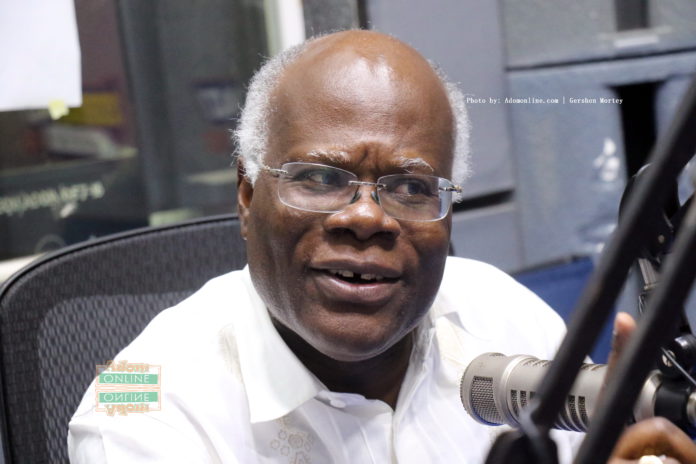 The Member of Parliament (MP) for Adansi Asokwa, K.T Hammond says he does not feel the impact of the skyrocketing fuel prices because he does not own a car.

The Adansi Asokwa MP made the revelation on Tuesday, November 15, during the sitting of the committee hearing the censure motion against the embattled Finance Minister, Mr Ken Ofori-Atta.

During the proceedings, the Minority Leader, Haruna Iddrisu suggested to K.T. Hammond that since he also buys fuel, he must be feeling the impact of the “mismanagement” he and his caucus are talking about.

However, the controversial legislator retorted that “I don’t buy fuel. Don’t talk about me. I don’t have a car.”

This got almost all the members around the table surprised because Mr. K.T. Hammond had recently revealed he nearly fought with a fuel attendant when he purchased fuel and the price had almost doubled.

The MP lamented the current hardship the fuel price increment has brought to Ghanaians.

“A few days ago, I went to the garage, they pumped the fuel into the car and they came to give me the bill, it almost turned into a third world war at the station. I asked why is he giving me this? and he said just yesterday price of Super moved to what the price of diesel used to be.

“It is a particularly difficult situation and I do not envy the lot. Those who are really having to juggle,” he said.

Meanwhile, there were heated exchanges between the North Tongu MP, Samuel Okudzeto Ablakwa and Gabby Asare Otchere-Darko, counsel for the embattled Finance Minister.

The heated exchanges ensued when Mr Ablakwa asked a question about the controversial National Cathedral.

However, Mr Ofori-Atta’s lawyer (Gabby Asare Otchere-Darko) strongly opposed the question. He suggested that the North Tongu MP could organise a press conference to make those political statements.

The outspoken lawmaker also in his objection said, Mr Asare Otchere-Darko cannot teach the Committee how to do its work.

He added that he would not be schooled on his duties as an MP by the lawyer.

“You cannot come here and throw your weight about. You will not teach me how to do my work. You are not the chairman of this Committee,” he replied.

In a sharp reply, Mr Asare Otchere-Darko told the MP that he does not have enough weight to spare.

Your schemes against me failed ... you too contest election and see — Kyei Mensah tells Gabby Sad News As Female Teacher Takes Her Own Life Over Debt, leaves A Sad Note For Her Husband And Children – One of conjoined twins separated at Ridge Hospital dies