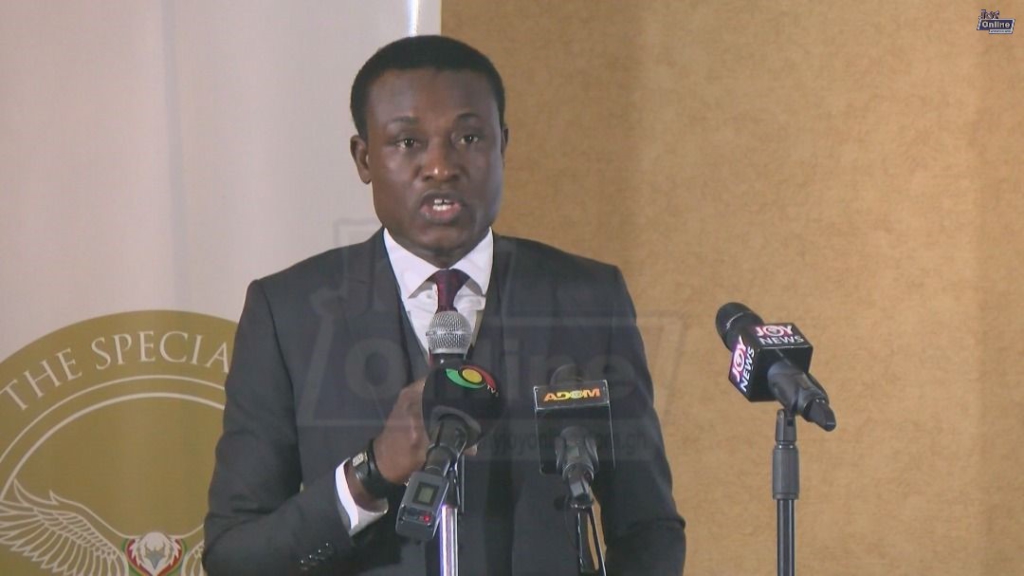 Mr. Agyebeng said although he is aware weeding out corruption totally is an unattainable feat, he is prepared to make corruption costly for individuals to be engaged in the act.

According to him, the most important measure in dealing with corrupt activities is to ensure there are steps to prevent the illegal act.

“I cannot weed out corruption from Ghana, that is an unattainable dream I will not even go into, but to make it costly for a person to engage in it I am very fine with it.

“We have other functions. Asset recovery is one of them which to me is the most important. Taking steps to prevent corruption…If we develop these systems, if we block the holes, if we plug them it becomes costly to engage in corruption and that is my drive,” he said.

Mr. Agyebeng spoke during an interaction with the Ghana Institute of Engineers on Tuesday.

The Special Prosecutor was also optimistic about winning the fight against corruption, explaining that citizens’ involvement by being mindful of the consequences of their corrupt activities can help reduce incidents of the canker.

“The fight against corruption is winnable and what I will consider a victory. If everyone has it at the back of their minds that sooner or later, you will be arrested, sooner or later your illicitly acquired wealth will be disgorged from you…just that change of conversation to know that there will be consequences for your actions if you are minded to act corruptly, I will consider that a victory,” he stated.

Meanwhile, Parliament has suspended the approval of the 2023 budgetary allocation for the Office of Special Prosecutor.

Minority Leader Haruna Iddrisu alleges that Special Prosecutor, Kissi Agyebeng, has made unconstitutional appointments to the office and any allocation made to pay such persons will be unlawful.

“I am strongly arguing that any appointment other than those done by the president be deemed illegal and unconstitutional,” he told the House last Friday.