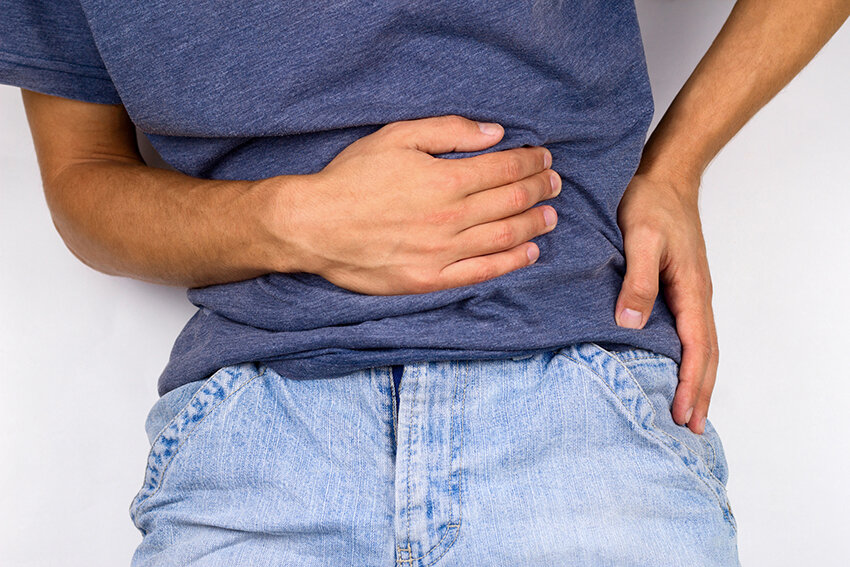 young man in jeans and t-shirt holds hands to his stomach and back, hernia or sports back injury concept

An obstetrics and gynecology consultant at the Ho Teaching Hospital, Dr. Adu Appiah-Kubi, has debunked claims that hernia can be melted by taking some herbal preparations.

“Most people, most times on radio stations and other platforms claim to have medication to treat hernia by melting its growth, the fact is, those medications cannot melt hernia because a patient requires surgery to get the hernia out.”

Dr. Appiah-Kubi gave the advice in an interview with the Ghana News Agency (GNA) at the end of a three-day medical outreach programme organised by the management of the Sunyani-based Suncity Radio and Suncity Imperial Lodge in collaboration with the Sunyani Municipal Hospital in Sunyani.

He advised the public to seek initial treatment of health issues to avoid complications and explained that “a prolonged stay by a person suffering from hernia can cause strangulation and that can create other complications.”

The event, an annual affair provides free health care delivery services to individuals having health conditions that required surgery and other forms of treatment but could not afford to pay for the cost because of financial challenges.

A team of 40 medical experts that comprised Surgeons, Urologists, Gynecologists, Anesthetists, Theatre and Recovery Nurses and other cadres of health staff were assembled to attend to beneficiaries suffering from illnesses such as hernia, fibroid and ovarian cyst.

Dr. Appiah-Kubi said 180 people benefited from the programme, saying 50 surgeries that comprised 29 males and 21 females were performed, and the youngest beneficiary was seven years and the oldest aged 84.

He said surgical cases the team conducted were hernia, 22, fibroid, 22, hydrocele three and hysterectomy four with the remaining 129 as general health services.

Mr. Ransford Antwi, the Chief Executive Officer of Suncity Radio based in Sunyani speaking in another interview with the GNA said with an affordable and accessible healthcare system most people would be comfortable visiting health facilities to express their health conditions to professionals.

Mr. Antwi explained that had not been the case, therefore most people abandon healthcare facilities due to financial challenges.

He encouraged philanthropists and corporate organisations to show benevolence to the vulnerable in society, irrespective of the challenging times because “this is the time, they need the support most.”

Madam Naila Yussif, mother of a seven-year-old boy, a hernia patient and beneficiary told the GNA in an interview that the boy had been suffering from the disease since he was born, but due to financial constraints, she could not report to the hospital for the surgery to be done.

“So, I heard the message about the free medical outreach and decided to capitalise on it,” she added. No levies implemented on luxury vehicles by DVLA
25 mins ago