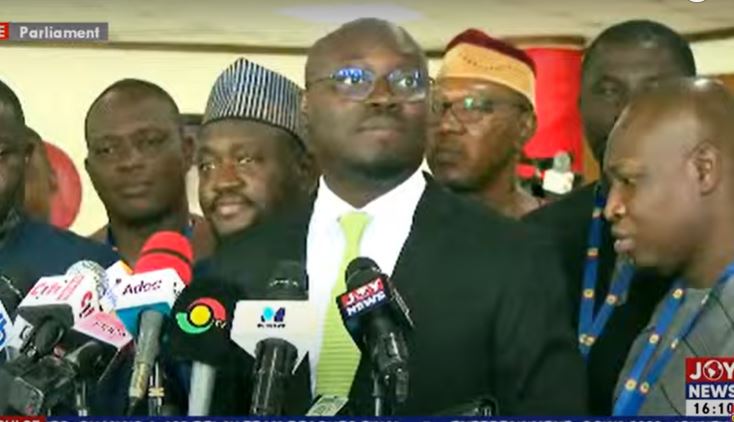 Ranking Member on Parliament’s Finance Committee has described as a hoax government’s suggestion that there will be no haircuts on investments.

According to him, while government may try to avoid an explicit haircut, an implicit haircut cannot be escaped.

He noted that factors such as the cedi depreciation, inflation among others will cause investors to lose significant value on their bonds despite the government’s ‘no haircut’ mantra.

He has therefore called on government to come clean on the risks involved in its debt exchange programme and engage key stakeholders who have largely been ignored in this very crucial decision making process.

“And so the government is also not candid enough to tell the people of Ghana the truth. They’re still lying in the middle of a major crisis like this that you need everybody on board, I think that is wrong because you need to let the people know the kind of haircut they will get,” he added.

Meanwhile, Ghana is inviting eligible holders to exchange GH₵137.3 billion of the domestic notes and bonds, including Energy Sector Levy Act Plc and Daakye Trust Plc, for a package of New Bonds to be issued by the country.

However, Ghana may at its sole discretion extend the expiration date, including for one or more series of eligible bonds.

The invitation is available only to registered holders of eligible bonds that are not individual investors or that are otherwise authorised by the Government of Ghana, in its sole discretion, to participate in the Invitation.

Previous Over 8,000 delegates to attend NDC Congress on December 17
Next 75% of Agortime farmland conducive for large scale rice production