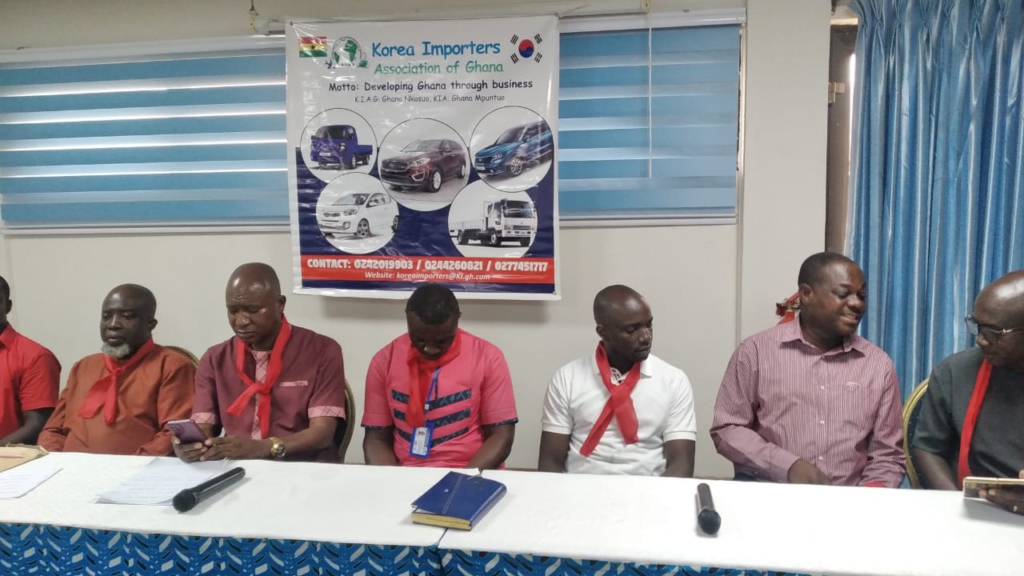 Members of the Korea Importers Association of Ghana have expressed their concern about the continued weakening of the Ghanaian cedi.

They are demanding urgent reduction in import duties as they say the depreciating cedi and high duties are collapsing their businesses.

Speaking at a press briefing, the General Secretary, Dumenu George says the duplication of functions and extra charges on duty which delay the clearing of goods at the ports have negatively affected their business.

According to him, clearing agents who are loaded with many jobs fail to meet the deadlines leading to demurrage. He proposed that importers rather make payments directly to banks with special codes to facilitate clearing of goods.

“In order to solve this problem, the importers should be given a code and made to pay their duties directly to the banks and take their pay-in slips which are authenticated by the banks to facilitate their clearing of goods on a timely basis.”

He added that, the current Amendment Act places age limitations on some selected heavy duty trucks which are not assembled in the country and expressed fear that such an Act will affect trading activities in the rural areas.

“May we therefore plead that the policy in respect of these heavy duty cars is suspended until such time that these cars are assembled in Ghana,” he said.

MPs buy fuel but we don't get coupons Who should set an agenda for Mother Ghana?