Erik ten Hag’s side needed to win by two goals or more in Spain to win the group, and their spirits were lifted when Garnacho showed terrific pace before firing Cristiano Ronaldo’s pass into the corner of the net.

It was a wonderful moment for the 18-year-old Madrid-born winger, who was making his second start for the Red Devils.

Ronaldo missed a great chance to double the lead with a lob on to the roof of the net, before David de Gea produced a fine double save to keep out Andoni Gorosabel and Pablo Marin.

United finish the group stage level on 15 points with Sociedad, who advance to the last 16 with a superior goal difference.

The Red Devils will now play in next February’s knockout-round play-offs, where they will face one of the clubs dropping down from the Champions League. 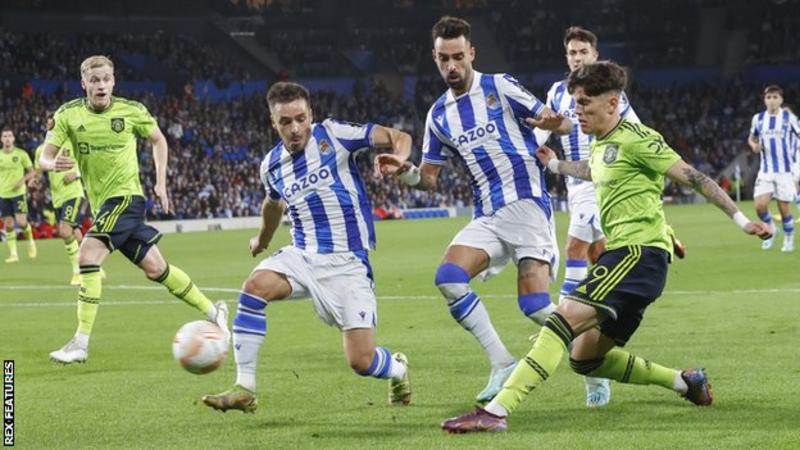 Teams they could meet over two legs include Barcelona, Juventus, Ajax and Ukraine’s Shakhtar Donetsk.

The draw for the knockout round is on Monday.

On a wet night in the Basque Country, Garnacho became United’s youngest non-English scorer in Europe at the age of 18 years and 125 days. In San Sebastian, Garnacho showed what a talent he is with a composed 17th-minute finish after receiving Ronaldo’s well-timed pass outside the penalty area before finishing inside the box. Nayiri rallies support for the NHIS
52 mins ago