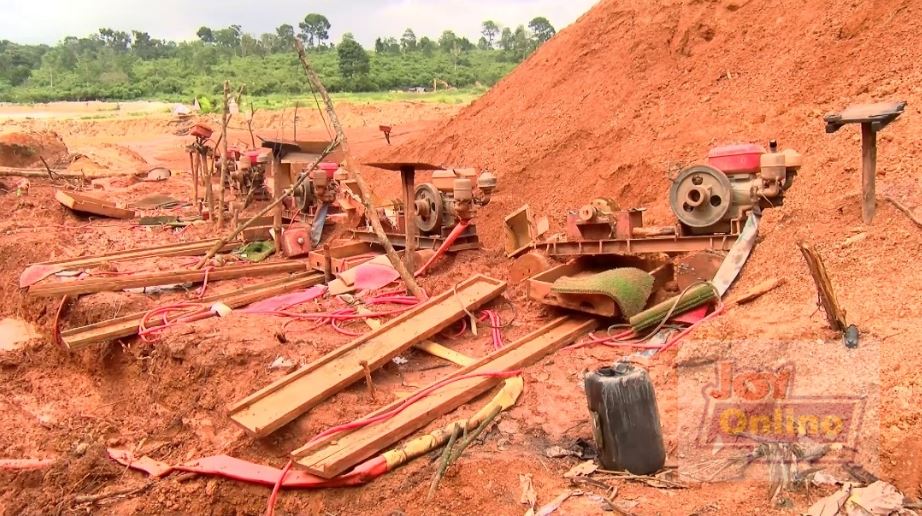 Statesman, Dr Nyaho Nyaho-Tamakloe, says the Ghanaian populace have lost confidence in the ability of the Akufo-Addo government to curb illegal mining, popularly known as ‘galamsey’.

The politician observed that efforts made by the government to stop unlawful mining in forest reserves has yielded little results.

Speaking on JoyNews’ AM Show on Wednesday, Dr Nyaho-Tamakloe added that whether unlawful mining operations could be successfully halted or not, is dependent on the leadership.

According to him, there have been instances where some prominent government officials have been exposed for engaging in issues related to ‘galamsey’, yet they remain in their positions.

“This ‘galamsey’ issue, there has been an investigation before, where a minister was involved, what has happened to that minister?”

Citing the alleged involvement of the NPP’s Ashanti Regional Chairman, Bernard Antwi Boasiako (Chairman Wontumi), the statesman asked what sanctions he has faced.

He subsequently asked, “is the scandal too big for the laws of this country?”

Dr Nyaho-Tamakloe concluded that Ghanaians do not trust the current administration.

“We are not getting it [fight against galamsey] right at all. You see, once again, it comes to the leadership.

“There are cases if it had been Kufuor, he would have dismissed the people. I know that for a fact. But here we are in the situation, where there are no dismissals, people have been committing offenses, and they go about freely,” he added.

Middlemen not profiteering; our transport costs have quadrupled since July Petrol and diesel prices likely to go down, LPG to rise – COPEC predicts We’re doing all we can to restore economic stability Living Standard Series: Mothers may serve ‘banku’ for Christmas due to cost of rice, oil

One arrested over killing of policeman; accomplices on the run
19 mins ago

HITZ Old Skuuls Reunion: Outdoor games get old students at the edge of their seats
49 mins ago