There’s a saying that goes “there’s no such thing as bad publicity,” and it looks like G-Eazy is making the most of his latest viral moment. The Bay Area rapper seemed to have the time of his life in Miami during Super Bowl weekend after a video circulated showing him cuddled up and kissing on Megan Thee Stallion. He also uploaded a photo of Megan to his Instagram page that suggests there’s something going on between the two rappers even though G-Eazy was said to be dating model Yasmin Wijnaldum.

Megan let the internet have it’s fun and laughed at the memes but she made it clear that she and G-Eazy aren’t having sex. On Friday (February 7), G-Eazy dropped his single “Still Be Friends” featuring Tory Lanez and Tyga—a song that questions if you can get down between the sheets and just be friends afterward. The subtleties aren’t so subtle with this one, so listen to these three unite for a single that just coincidentally coincides with G-Eazy’s recent Houston Hottie controversy. 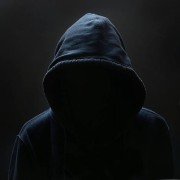