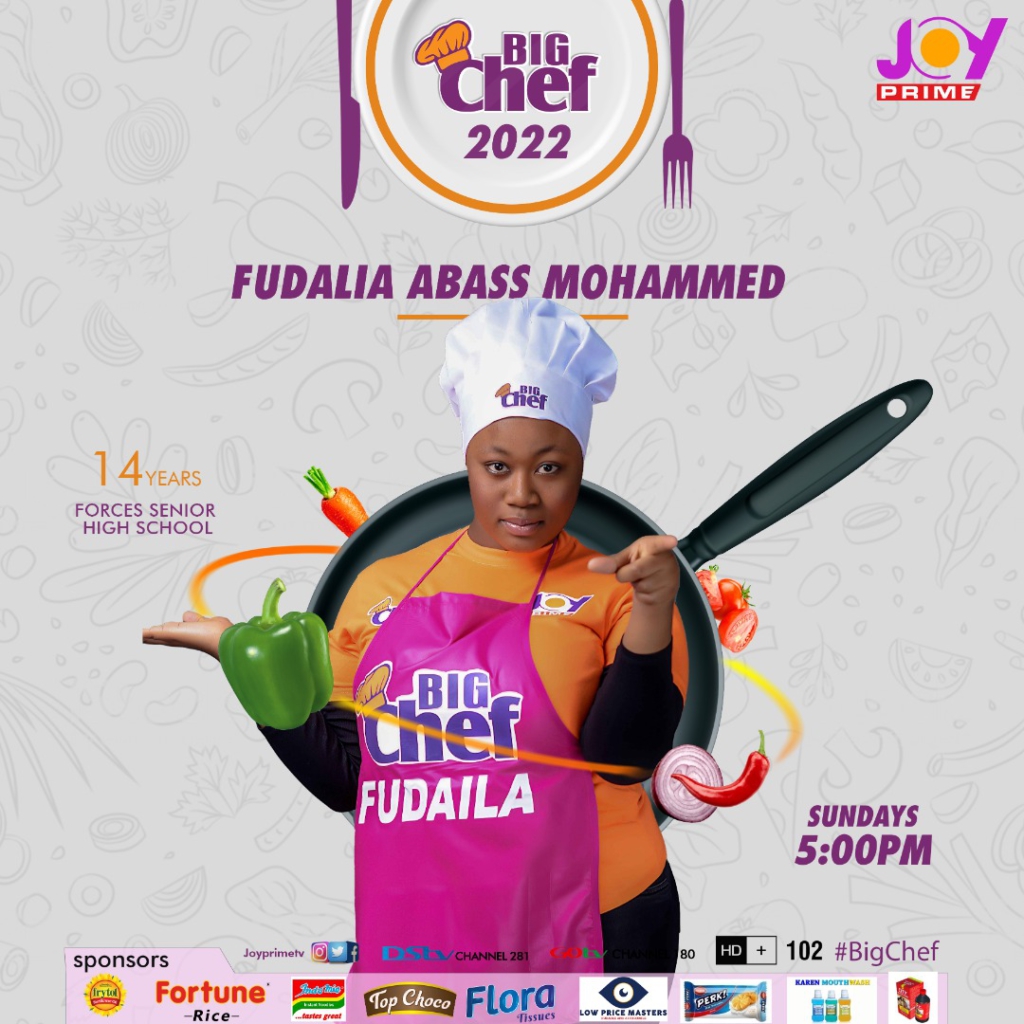 After 10 weeks of adrenaline-charged challenges, only six contestants out of the 14 who initially took part in season two of Big Chef survived the heat in the kitchen and earned the chance to make history.

She had consistently presented unbeatable meals from the audition to the finale, and did not take the opportunity to display her talent in the kitchen for granted. She remained steadfast week after week; carrying out task assigned her by the judges in her quest to emerge the winner of the show.

Her hard work and determination throughout the weeks paid off as she emerged chef of the week two times during the course of the season.

Big Chef’s big six who made it to the finale: Ama, Adwoa, Eyram, Fudaila, Prince and Laura, took home certificates and hampers filled with gifts from the sponsors.

The voting and judges scores after collation placed two sisters in positions 5th and 6th. The only man standing in the competition emerged 4th.

Eyram fought her way to the third position. Miss Laura had the second position and finally, Fudaila emerged the champion.

Fudaila took home a cash prize of GHS10,000, a certificate, a refrigerator, stove, and amazing products from sponsors as well as the bragging right as the best kid chef in Ghana.

All too soon the second season which delivered nothing but entertainment and education has come to an end but Joy Prime’s excitement does not end there, as the channel plans to produce additional intriguing shows.