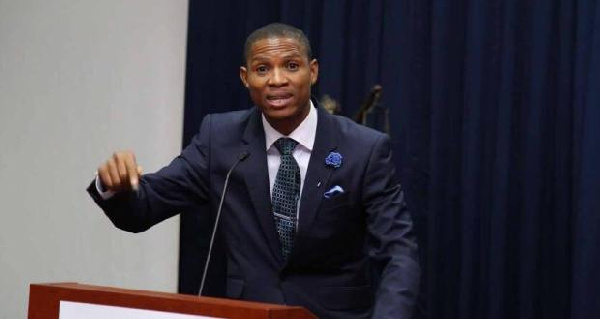 The Police says it has prosecuted the Member of Parliament for Madina, Francis Xavier Sosu for reckless and inconsiderate driving.

According to a Facebook post by the Police, the MP was arrested on November 3 after he was spotted driving in the middle of the road around the Airport by-pass in a Toyota Land Cruiser V8 vehicle with registration number GB-9776-21.

His action, the Police said was risking the lives of pedestrians and other road users.

The law enforcement agency proceeded to impound the MP’s vehicle and arraigned him before the La District Court on November 4 on the charges of reckless and inconsiderate driving, driving in the middle of the road facing oncoming traffic and causing danger to other road users.

The post added that the MP has since been fined an amount of GHC2,400 by the Court.

The Court further directed him to remove the front siren lights on his vehicle which the Police say had been unlawfully fitted.

The MP has been made to pay the fine and with supervision from the Police, he has removed the sirens and his vehicle has also been released to him.

“We would like to entreat all drivers to be mindful of the safety of other road users at all times to prevent avoidable accidents and their associated deaths and injuries, especially as the Christmas season approaches,” the Police said.

How to restore your smile with implants, bridges and dentures 2022 World Cup: ‘Easiest thing we can do is blame Andre Ayew for Ghana’s exit’ – Kudus

We are not being insensitive towards government – TUC
39 mins ago

We are not being insensitive towards government – TUC

Government responsible for unrest in labour sector, not workers – Kofi Bentil
55 mins ago