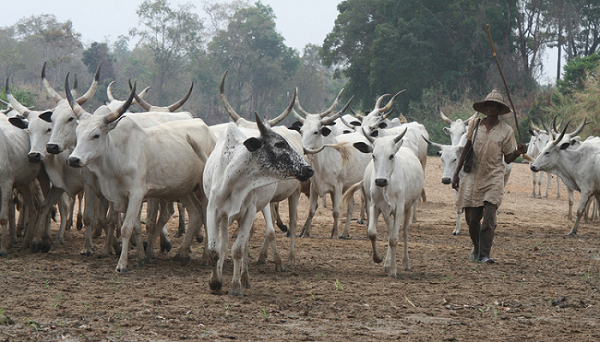 The Ejura Traditional Council has reaffirmed its decision to bar nomadic Fulani herders from entering communities in the traditional area with their cattle.

Barima Osei Hwedie II, chief of Ejura told reporters at Ejura that, the restrictions would continue until a collective roadmap to prevent the atrocities committed by people of Fulani descent and ensure the safety of the people in all the communities, was put in place, and accepted by all.

Speaking to journalists in reaction to a plea by the leadership of the Fulbe communities in Ghana to the traditional council to lift the ban, Barima Osei Hwedie said the restriction was to ensure total safety of the people in the area.

The leadership of the Fulbe communities in Ghana, under the auspices of Tabital Pulaaka International, had pleaded with the Ejura traditional council to rescind its decision to bar nomadic herders from entering communities in the traditional area.

Mr Yakubu Barry, General Secretary of the group, speaking at a community durbar at Ejura on Saturday, pleaded with the Ejurahene, Barima Osei Hwedie II, to “temper justice with mercy and remove the restrictions.”

He said although, some of the herders had been committing crimes such as armed robbery, kidnapping, rape, and others, that should not be used to conclude that all the Fulani herders were criminals.

Mr Barry said the leadership of the Fulbe communities in Ghana, was ready to collaborate with the traditional council to report and flush out the criminal elements among them to promote peaceful and harmonious co-existence among the Fulanis and the indigenous people in the area.

However, Barima Osei Hwedie told journalists that, there had been peaceful co-existence between the Fulanis and his people in the communities for many decades.

In recent times however, the influx of criminal Fulani herders, who had been found committing heinous crimes such as armed robbery, destruction of crop lands, kidnapping, rape of women in farms, among others, in the communities, were a much anxiety to the chiefs.

Reported cases of crimes such as rape, kidnapping, and destruction of farm crops, as well as armed robbery, which have been allegedly committed by people of Fulani descent, had been increasing in communities such as Miminaso Number 1, Miminaso Number 2, Nyamebekyere and Ebuom.

The chief said the traditional council was the final and highest decision-making body for the people in the communities and its resolve to impose the restrictions would continue to hold until practical measures to protect life and property in the communities, were found.

Recently, Barima Osei Hwedie destooled a sub-chief of Miminaso Number two for his alleged role in aiding some nomadic herders in a suspected armed robbery attacks in the area.

He has asked the assembly members, the Zongo chief and the Imam of the community to take care of the affairs of the area until a substantive chief was chosen.

The chief, Nana Obiri Yeboah was said to have failed to open to the traditional council on the presence of some herders in the community after a directive was given to all sub-chiefs not to accommodate any nomadic herder in their communities.

Barima Osei Hwedie warned that, any sub-chief or indigene found to be aiding, abetting, or accommodating a nomadic herder would face severe sanctions from the traditional council.

The Member of Parliament for the area and a member of the Interior and Defense Committee of Parliament, Alhaji Mohammed Bawa Braimah, has also backed the decision taken by the traditional council and pledged a monthly token of GHC2,000 to aid in security movements in the area.

Already, security operations in the area by the various security agencies have been beefed up to ensure the safety of the people and property in the communities.