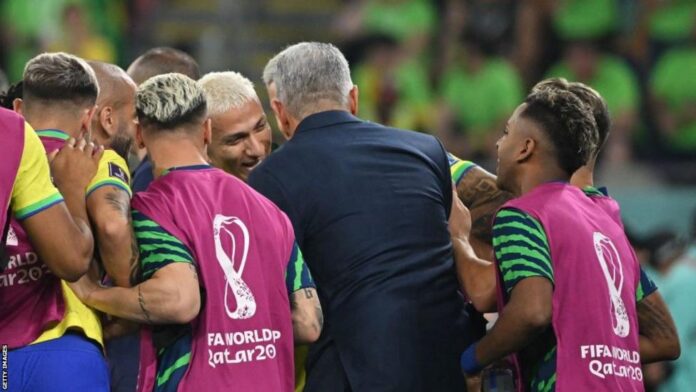 Carnival dancing, world-class goals, party tricks in abundance and thousands in yellow enjoying themselves – this was Brazil at their magical best.

We are used to seeing them in the knockout stages of World Cups but this was a treat – one of this tournament’s most impressive performances that left those watching at Stadium 974 in Qatar dancing out of the ground.

It was street football from Rio de Janeiro brought straight to the Middle East – a legendary number 10 playing tricks, a juggling Richarlison scoring worldies – again – and a constant carnival sound coming from the thousands of supporters clad in yellow.