A 33kV earthen transformer has been gutted by fire at the Electricity Company of Ghana Limited (ECG) Achimota Bulk Supply Point (BSP) at Abelemkpe in Accra.

The swift intervention by personnel of the Ghana National Fire Service at Abelemkpe helped to quench the inferno and prevented it from spreading to other installations at the station. 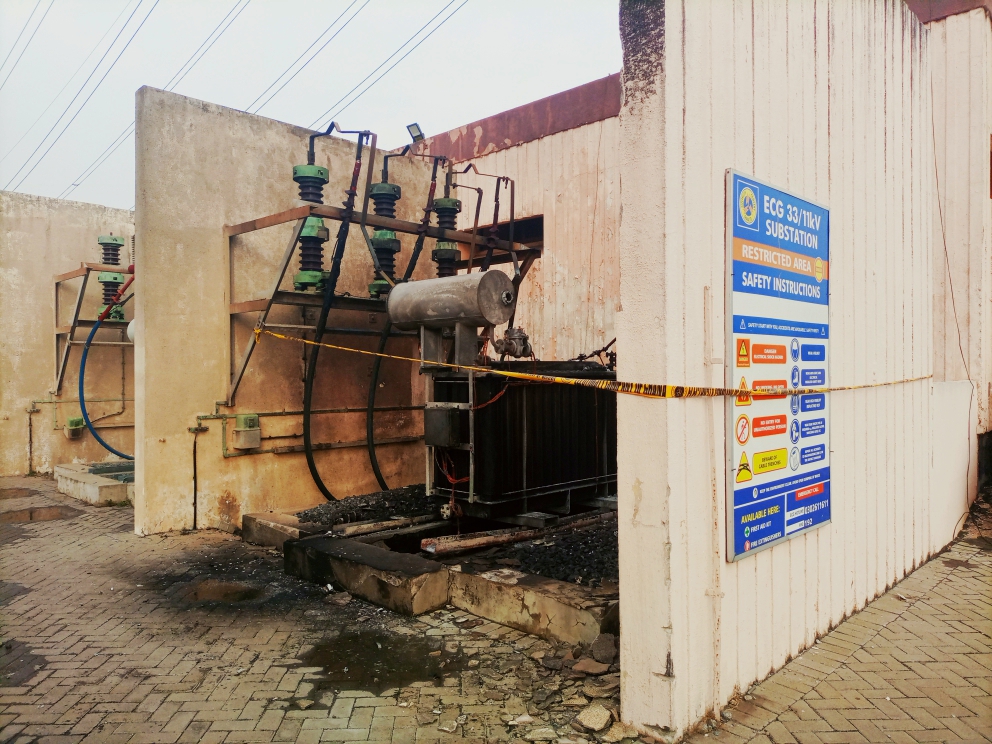 An eyewitness reported hearing a loud blast followed by flames and quickly made calls to the Fire Service who arrived on time.

The cause of the fire which started around 3:55 pm has not yet been established and investigations are underway to ascertain the cause

The Assistant Divisional Officer Two (ADO2) at the Abelemkpe Fire Service Station, Nathaniel Amoah told Citi News “there was no casualty, just that some parts of the city will not have power for now,”

“Fortunately enough, we were able to quench it in time when we arrived,” ADO2 Amoah added.

The Electricity Company of Ghana is working to restore power to the affected areas. KUSAUG chiefs call for restoration of peace in Bawku