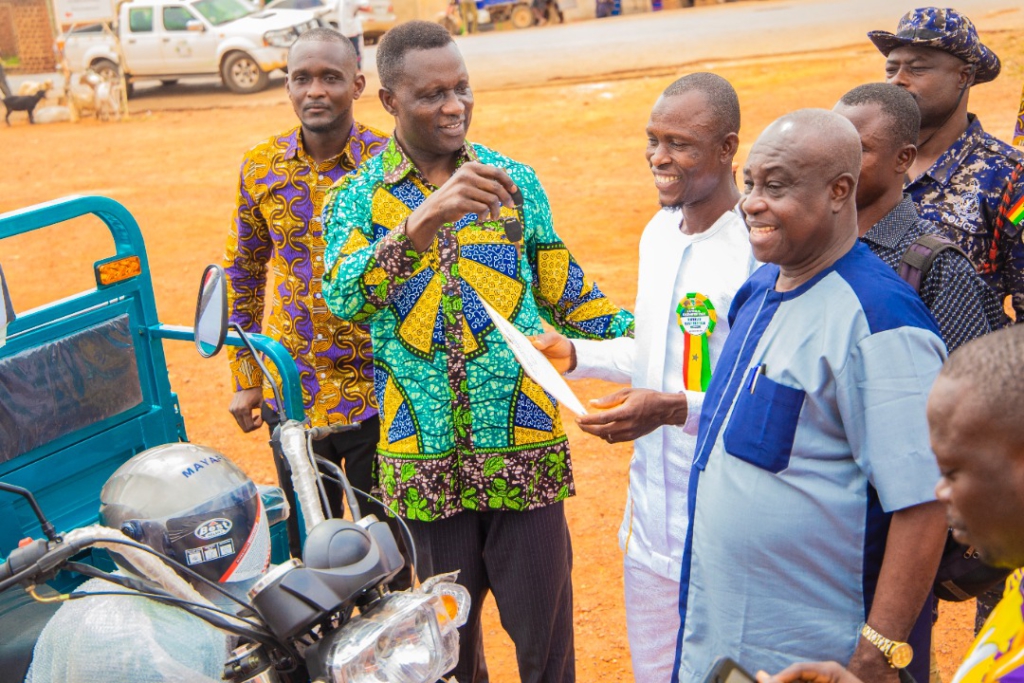 Education Minister, Dr. Yaw Osei Adutwum has urged farmers not to prevent their children from going to school.

He said there is the need for all children to benefit from education at all costs so they could gain the needed skills and knowledge to help them in their various endeavours.

He also appealed to all parents to take a keen interest in the education of their children.

Dr. Adutwum gave the advice last Friday at Oyoko in the Bosomtwe District of the Ashanti Region during the National Farmers’ Day ceremony.

The National Farmers’ day has been set aside to appreciate all Ghanaian farmers. Awards were presented to ten deserving farmers and agricultural extension officers among others.

The event saw a 42-year-old native of Goru in the Upper East Region and a resident of Jachie, Mohammed Seidu, being adjudged the 2022 overall best farmer for the Bosomtwe District.

For his prize, he took home a certificate, a tricycle, 5 cutlasses, wellington boots, four bags of compost organic fertilizer, a knapsack sprayer, insecticides and weedicides among others.

Nine other farmers, extension officers, and institutions among others were awarded for their roles in the development of agriculture in the district and the country as a whole.

They were presented with prizes like wheelbarrows, cutlasses, fertilizers, knapsack sprayers, wellington booths and other packages.

Dr. Yaw Osei Adutwum praised farmers in the country for their role in the provision of food and other agricultural products towards feeding the populace, supplying raw materials to industries as well as for export.

The Member of Parliament for Bosomtwe appealed to farmers in the country to embrace various government interventions which have been put together to help revamp the nation’s agricultural sector.

The Bosomtwe District Director of Agriculture, Eric Fofie recounted the various government interventions being implemented in the district and assured all farmers in the district that his office is ready to continue supporting them.

He appealed to farmers to engage the services of Agricultural Extension Officers in their areas to help enhance their productivity and income for their gains as well as the national kitty.

The District Chief Executive for Bosomtwe, Joseph K. Asumin, pledged to continue providing the needed inputs and other resources to boost the development of agriculture in the district and the nation as a whole.

He cautioned farmers against bad farming practices which do not only affect productivity in their farms, but also the environment and the lives of the citizens.

The occasion was used to sensitise the populace on the issue of HIV/AIDS by a team from the Kuntanase Government Hospital in collaboration with the Bosomtwe District Assembly.

The sensitisation exercise was in line with the commemoration of the World AIDS celebration in the district.

Previous Debt restructuring: Gov’t should have anticipated crisis and consulted in time – Minority
Next Ghanaian nurses to work in UK under new deal – Agyemang Manu