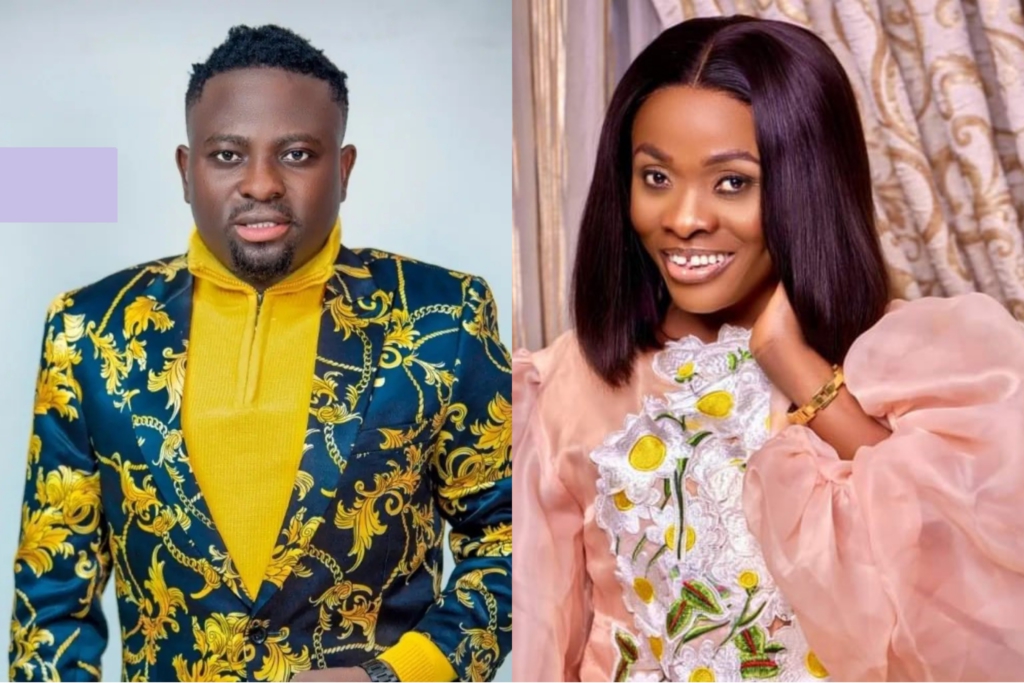 Speaking in an interview with Roselyn Felli on Prime Morning, he said what convinced Diana to say ‘yes’, was when he complimented her cuteness.

Narrating the incident, Brother Sammy said when Diana heard the compliment, she was wowed; and that made her embrace his request for them to get married.

According to him, the singer had never received such a compliment before and therefore when it fell from his lips, she obliged for them to settle down as husband and wife.

‘I told her that she’s cute, and she said ‘waow’”, Brother Sammy recounted on Wednesday.

He also added, his presence in Diana Asamoah’s life is what has triggered the Evangelist’s recent fashionable looks, which has gotten tongues wagging on social media.

According to reports, the two are set to get married on 24th December, this year.

Meanwhile, Brother Sammy’, has urged single suitors to exercise patience and not to rush into marriage.

According to him, marriage is a complex enterprise, and therefore the need for prospective entrants to take their time and make good judgments.

Speaking on Prime Morning, he described marriage as a ‘cage’, which has posed a lot of problems for many people.

Admonishing the public, he added that he would even prefer child birth to getting married.

“Marriage has killed many people. As for me I love children more than marriage. Giving birth is better than getting married.

Because if you fall ill today, your child will be by your side. But your spouse can neglect you in times of illness and go for another partner”, he said on Wednesday.

After emerging on the scene about a decade ago, Brother Sammy, as he is affectionately called is now known for his soul-stirring Twi tunes; which always endears him to his audience.

The Kumasi-based singer was mentored by the late Prophet Seth Frimpong, who assisted him on his path to stardom in Ghana.

In the budding stages of his career, he also worked with other notable names in the local gospel industry like Ernest Opoku and Oware Junior. Joseph Luke Wollacot to lead Ghana at the World Cup Maiden corporate fun games to be launched in Ada East Liverpool to face Real Madrid; PSG drawn against Bayern Munich in round of 16 – Citi Sports Online