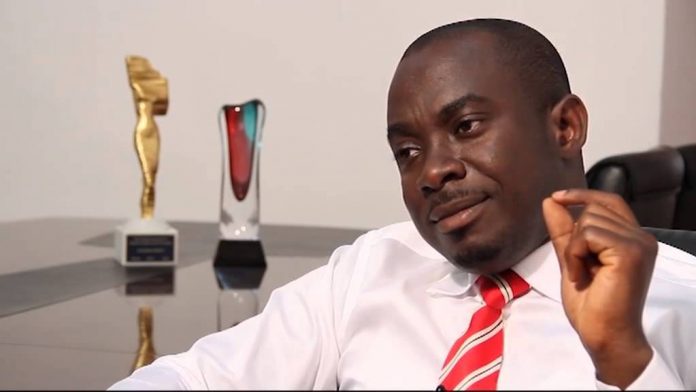 The former Chief Executive Officer of defunct Beige Bank, Michael Nyinaku has been accused of stealing monies that belonged to the customers of the bank.

The Charge Sheet filed in the Court by the Attorney General and seen by Joy Business said the acts were discovered following investigations into the bank after its licensed was revoked and placed under receivership by the Bank of Ghana.

The writ said between 2017 and 2018, the accused person caused the transfer of 10,071 fixed deposit accounts held with Beige Bank in which various customers placed a total of GHS448,636,210.21 to Beige Capital Asset Management Limited (BCAM) without the knowledge and consent of the customers.

“Investigations also revealed that the accused person between the year 2017 and 2018, caused the transfer of 35 fixed investments of 23 customers of Beige Bank totaling GHS141, 042,348.92 to Beige Group, a company wholly owned by the accused and is the majority shareholder of Beige Bank”.

Investigations further revealed that sometime in March 2018, the accused person caused a fictitious second account to be opened in the name of First Africa Savings and Loans (FASL), an existing account holder with Beige Bank without the knowledge of the Board and management of FASL.

The accused person then caused the transfer of the sum of GHS320 million from the accounts of various Beige Bank customers into the bank account of BCAM held with Beige Bank.

The GHS320 million was subsequently transferred from BCAM account held with Beige Bank into fictitious FASL account that had been opened in Beige Bank’s books on the instructions of the accused.

Between March 2018 and August 2018, GHS21,123,270.96 out of the GHS320 million was transferred from the fictitious FASL bank account to some two individual and ten companies , nine of which were related to the accused person on the instructions of the accused person.