Asamoah Gyan has described the penalty awarded to Portugal in their 3-2 win over Ghana on Thursday as “soft”.

Cristiano Ronaldo was ruled to have been brought down in the box by Mohammed Salisu although replays showed that the Ghanaian got a touch on the ball.

Ronaldo scored the penalty to give Portugal the lead but an intriguing final 17 minutes saw the Portuguese edge the game with the odd goal in five. 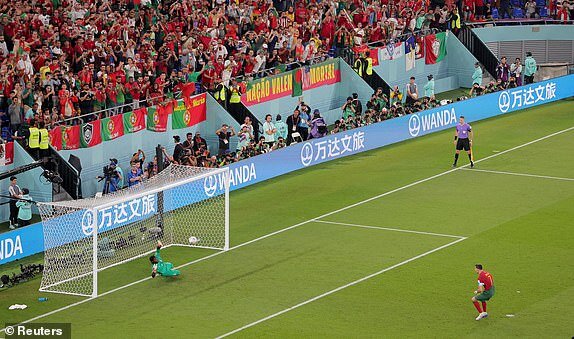 Speaking on SuperSport after the game, Gyan said he believed the “penalty was soft”, adding that he could “not understand why the referee did not go and check the screen.”

Ghana’s all-time goalscorer isn’t the only pundit who was surprised by the referee’s call.

Former Sunderland and England forward, Darrent Bent was convinced that the official made the wrong decision.

The Premier League’s all-time goalscorer, Alan Shearer was also emphatic on his stance that the penalty should not have been given.

The win takes Portugal top of the group but the 0-0 draw between South Korea and Uruguay earlier in the day means today’s loss might not prove to be too costly for the Black Stars. Mozambique ex-president’s son, others jailed for 12 years for corruption
16 mins ago