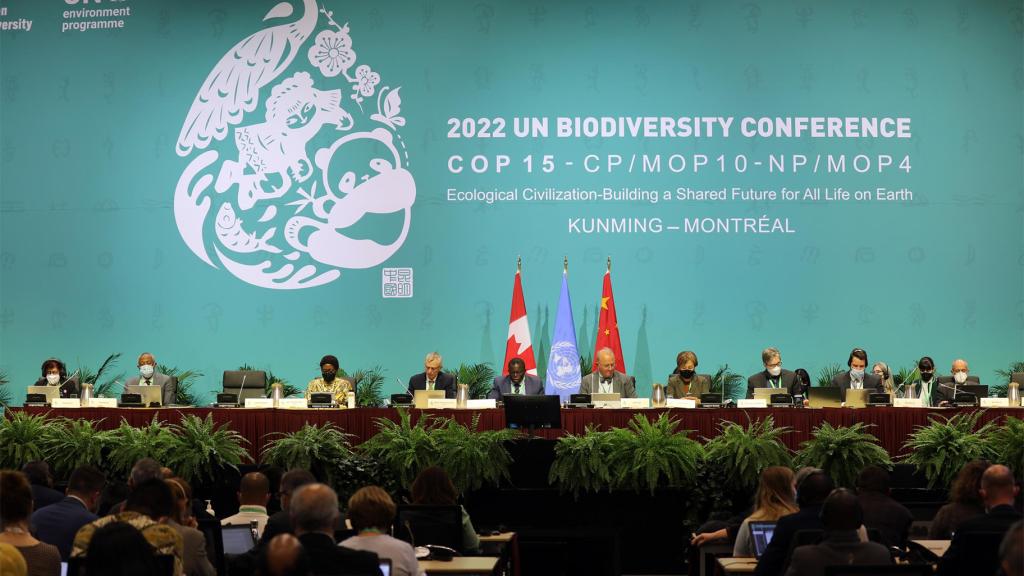 Countries that are party to the United Nations Biodiversity Convention on Monday adopted a plan, which will aid the restoration and protection of biodiversity (plants and animals) to ensure the existence and well-being of humans and health of the planet.

The landmark UN Biodiversity Agreement, called the “Kunming-Montreal Global Biodiversity Framework” (GBF), has four goals and 23 targets, expected to be implemented by 2030.

It also seeks to protect 30 per cent of earth’s lands, oceans, coastal areas, inland waters, and reduce by $500 billion the annual harmful government subsidies, while cutting food waste by half.

Mr Huang Runqiu, the UN Biodiversity Conference (COP 15) President, announced this in the early hours of Monday at the 15th Meeting of the Conference of the Parties to the Convention on Biological Diversity in Montreal, Canada.

“We have in our hands a package, which I think can guide us as we all work together to halt and reverse biodiversity loss and put biodiversity on the path to recovery for the benefit of all people in the world,” Mr Runqiu told delegates before the adoption amidst cheers from the gathering.

“We can be truly proud.”

He said the GBF prioritised ecologically-representative, well-connected and equitably governed systems of protected areas and other effective area-based conservation, recognising indigenous and traditional territories and practices.

Among the global target, he said it was for parties to reduce to near zero the loss of areas of high biodiversity importance, including ecosystems of high ecological integrity.

Parties would be expected to take actions to reduce, by half, both excess nutrients and the overall risk posed by pesticides and highly hazardous chemicals.

Mr Runqiu said countries agreed, under the GBF, to progressively phase out or reform by 2030 subsidies that harm biodiversity by at least $500 billion per year, while scaling up positive incentives for its conservation and sustainable use.

Under the landmark plan they are expected to mobilise by 2030 at least $200 billion per year in domestic and international biodiversity-related funding from all sources – public and private.

Mr Steven Guilbeault, Canada’s Minister of Environment and Climate Change, said: “Many of us wanted more things in the text and more ambition, but we got an ambitious package…”

“We have an agreement to halt and reverse biodiversity loss, to work on restoration, to reduce the use of pesticides. This is tremendous progress.”

Finance for developing countries was one of the key concerns that the African Group of Negotiators (AGN) raised during the meeting.

Mr Peter Dery, the Alternative Head of Ghana’s Delegation, said the AGN wanted the creation of a fund for biodiversity but agreed to the creation of one under the pre-existing Global Environmental Facility.

He said it was an ideal situation under the circumstance, “creating a completely new fund would have taken several years to establish and deprive developing countries of immediate cash for biodiversity”.

Dr Dery, who is also the Director of Environment at the Ministry of Environment, Science, Technology and Innovation, welcomed the agreement and said the benefits from the use of digital sequence information on genetic resources should be shared fairly and equitably.

Previous Extending debt exchange deadline will help us consider suggestions
Next Maame Serwaa And Her Lover Allegedly Break Up As They Unfollow Each Other – ThatCelebrity.Com